“In a world where goods and capital are mobile, I think rights should also be mobile" 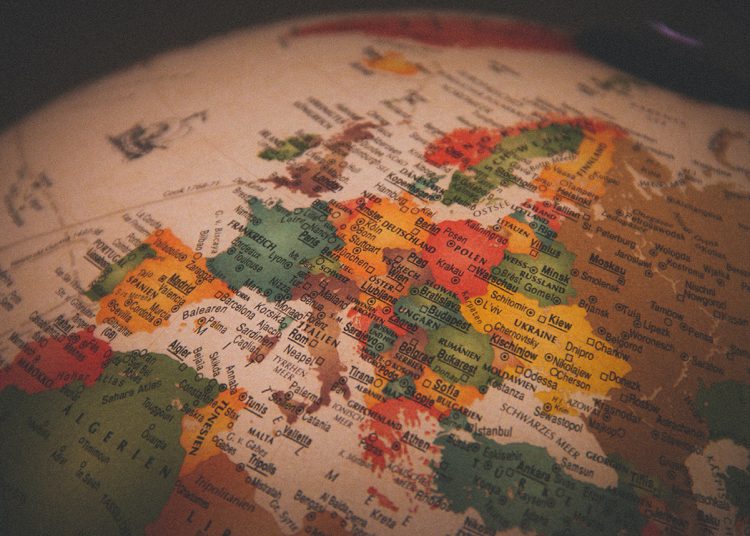 Why should British citizens abroad have voting rights for life? Ask an Italian!

The “arbitrary 15-year limit on voting rights” for citizens abroad is being “scrapped”. There have been manifesto pledges on this since 2015 but now it looks likely to happen. Many feel this has come too late. I live in Italy and – on the 2016 referendum – Italians are amazed that I had no say in what was probably the most important vote of my lifetime.

The government acknowledges: “British citizens living overseas… deserve to have their voices heard in our Parliament, no matter where they choose to live”. However, not everyone agrees. Another campaigner, UK-based but with a significant personal stake in an EU country, was not convinced and told me it was contentious. Ouch! Clearly mindsets need to be adjusted. I asked Massimo Ungaro for an Italian perspective. He holds one of 12 seats representing overseas constituencies in the Italian parliament’s Chamber of Deputies. Born in Rome, Massimo finished his education in London and has lived there since 2005.

“In a world where goods and capital are mobile, I think rights should also be mobile, this is why Italy decided not only to allow its citizens living abroad to vote but also, since 2001, to elect their own representatives in the Italian Parliament in order for them to have their own voice. Currently 6 million Italian citizens live abroad, that is 10% of the nation.  Also, let’s not forget that Italian citizens pay taxes on their properties in Italy so it is only fair for them to be represented democratically. As the old adage says, ‘no taxation without representation’.” In 2020, 5.4m Italians were registered as living abroad but  Massimo said many don’t do so it is assumed the numbers are well over 6m. Estimates of UK citizens abroad vary, from say 4.7m to 5.5m, but again the real total could be higher.

Ending up with no voting rights anywhere

“I frankly do not understand the British system (up until now),” Massimo went on, “if citizens live abroad for more than 15 years they lose their right to vote in the UK. Many of them do not want to renounce their British nationality to acquire the nationality of the country in which they reside, hence many of them end up with no voting rights at all although they pay taxes in both countries. I think it is rather unfair.” Indeed, and even in the countries which permit dual nationality, citizenship can be difficult or impossible to obtain. Covid19 has played its part in making it hard for some to meet the income requirements. Having fewer democratic rights just makes the vulnerable even more vulnerable.

As Massimo said, Italy went one step further by giving their overseas citizens representation not just a vote, one of a few countries to do so:

“There are about 13 or 14 countries in the world with ‘overseas constituencies’ at the moment – like, for example, France or Croatia – but more and more countries are looking into it. I have received calls from Albania, Hungary, Armenia… countries which are thinking about introducing an overseas constituency so it is a model expanding worldwide. I think we are pretty satisfied with the experience; MPs elected abroad are able to bring a fresh perspective to a country like Italy which needs deep and structural reforms. Furthermore, their international and European experience helps to define important international relations and forge a sense of European identity.”

“For a country like Italy, the relationship with its overseas communities can be a tool of foreign and economic policy. Diasporas have always acted as a pull factor for Italian exports. The community of Italian academics and researchers based abroad supports the internationalization efforts of our academic system, and the socio-economic reality of some of these communities sometimes shapes international relations, (think about the Italian community in Argentina or Germany).”

Two long-time campaigners for votes for life are the indomitable Harry Shindler MBE, WW2 Battle of Anzio veteran, who turns 100 in July, and EU lawyer Jane Golding who is Co Chair of British in Europe. Most deservedly, both are made OBEs in the 2021 Queen’s Birthday Honours list – Harry for services to British nationals overseas and Jane for services to British nationals in Europe. This is a very positive sign!

Harry, resident in Italy, and Jane, in Germany, started campaigning when they lost their own voting rights in the UK; in Harry’s case, around 20 years ago, and he turned it into a worldwide campaign. “We’ve won!” I could hear his joy, if a little incredulous, fizzing down the telephone line. But he went on: “If you are going to campaign, you have to do it properly and see it through to the finish. Normally, I would go to London to see this go through the House of Commons but I shall have to watch from afar.” Being the determined person he is, I imagine it is Covid19 restrictions holding him back not his age.

Jane Golding told me she is more confident than in the past that it will really happen this time: “It will be a government bill, the Conservatives have a clear majority, and it is the year of Harry Shindler’s 100th birthday which would certainly be a good story.” Jane adds: “We are, however, uncomfortable about votes for life being part of a bill that may include voter ID proposals and make it more difficult for others in the UK to vote. Getting our vote back matters very much but not at the expense of other people’s ability to vote.” In Harry’s words: “Universal suffrage must mean absolutely everyone. People died for this.”

The roots of British in Europe

In 2010, Jane started her votes for life campaign through which she met others who would later become British in Europe colleagues. She realised: “We needed a coalition to represent us as a cohesive group. The right to vote is not a privilege to be earned but a fundamental right”. British in Europe, formed in 2017, is now the largest coalition group of British citizens living and working in Europe. Agreeing with Massimo Ungaro, Jane says: “No citizen should be denied their right to vote in a democracy. Without a vote, an individual has no say in the political process. What goes on in the UK continues to affect us, as not only the last four national votes have shown but, more generally, because we can be affected by tax and pension changes, as well as health and social care if we have elderly parents in the UK, for example.”

More people need to be empowered, not fewer

The flawed binary-choice referendum of 2016, with no plan, was an insult to the electorate, effectively permitting 17m people to vote away rights of around 500m citizens, that is 67m Britons including themselves and the rest of the EU population. You cannot get more arbitrary than that. What we need is more democracy, not less. I hope that even those who remain angry and disillusioned – denied a say in that life-changing referendum – will make use of their vote once restored. The icing on the cake would be to have representatives too, like Italy. Or, for starters, as proposed to the Prime Minister by Harry Shindler, a London office for British citizens abroad, staffed by specialists with knowledge that ordinary constituency MPs don’t have. To make it clear, Harry said: “That is Office with a capital ‘O’!” And he will celebrate with a “glass of red” when the Elections Bill receives Royal Assent, a “great step forward” to making everyone count.