We love clean beaches: no to raw sewage!

Raw sewage has been in the news a lot recently. This was all foreseen in 2017 when Hearts not Hate campaigned on 'we love clean beaches'. 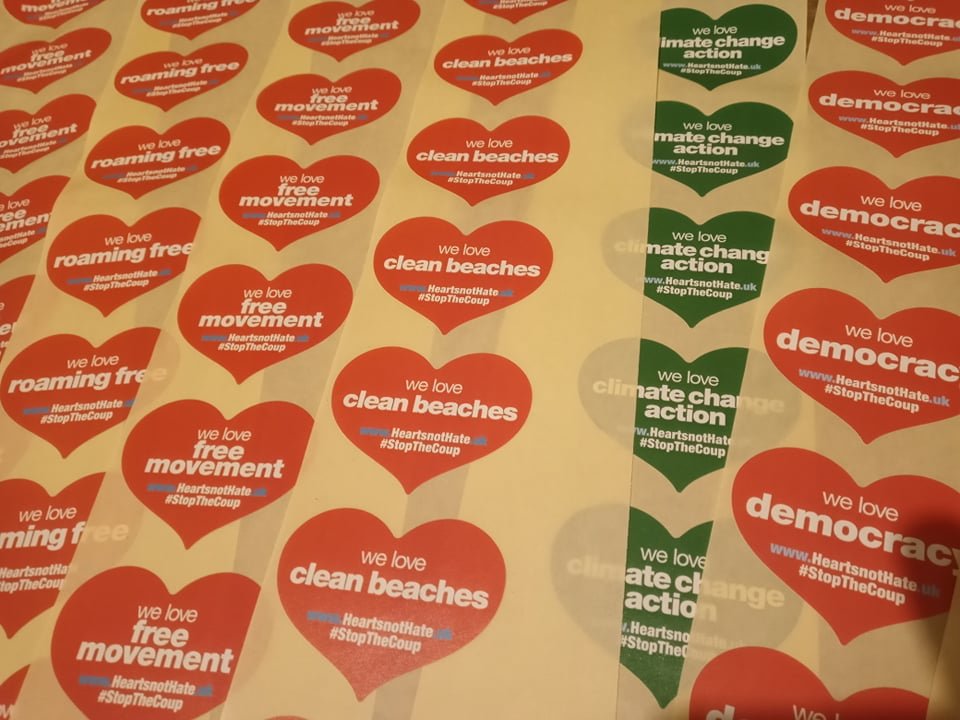 Photo of Hearts not Hate by Robin Tudge

“We shall sh** ourselves on the beaches …”

Good old fashioned British toilet humour sees the jokes pour forth as hard and fast as our Great British sewage pours into our Great British seas. Is this what we “done Brexit for”, to stop Jonny Forriner plundering our seas – which he won’t now we’ve restocked them with fish ready-battered with faecal matter.

It should also wipe out those areas deemed of sufficient water quality to harvest shellfish for export to Europe, finally finishing British fishing. And all those coastal areas long since dependent on tourism should see visitors from abroad and staycationing Brits staying away from beaches bewashed with used condoms, sanitary towels, bog roll and all else coming straight out of the sewers, unless they swap sunblock for PPE.

Maybe the dinghies of refugees will be deterred – or deturd! *arf arf*

Epic timing, too, that the world comes to the UK for the great eco pow-wow that is COP26 – weeks after they hosted a Green 7 gig along the golden shores and Caribbean blue seas of Cornwall.

And now the government demonstrates its green credentials by literally shitting on our own doorstep, in front of the world.

Sadly this was all foreseen, and anyone involved in the wonderful Hearts Not Hate pro-Remain campaign, set up by Tees for EU, Di Hewitt and North East for Europe’s David Hardman, sometime around the turn of 2017, begun in the horrific mire of aggression and hate being stoked by extremist Leavers. ‘We love freedom of movement’, ‘we love roaming free’, ‘we love regional investment’, and of course, ‘we love clean beaches’.

We had filthy rivers and beaches, lethally so. I remember as a child swimming off Hastings with my father, and when we got home we washed our mouths out and gargled salt water in some attempt to forestall getting Weil’s disease.

And now as Brexit returns us to the glorious past, scores of beaches are seeing signs go up, warning it’s unsafe to swim because of filth, and for which we may see interesting water-borne diseases like cholera flourish in lieu of otters, trout, tourists, kids enjoying the idyll of playing in rivers, and come help overwhelm the Covid-ladened NHS (who to blame for that?)

You couldn’t make it up. I really wish I was. But the Brexit this government smashed through ended our water companies’ ability to import the chemicals used to treat sewage, so now they flush neat sh** into the rivers and seas like they used to. Not ten months since we’ve left the bloc we were part of for over 40 years, and the companies have opened the sluices as if in sync, turning our rivers and coastline of Blue Flag beaches into a diseased sea of brown.

And this government then encoded that in law by voting down Lords Amendment 45, due, they said, to the colossal cost of having to repair all the collapsing infrastructure they somehow can’t quite pin on the current spontaneous country-sized blast of diarrhoea.

Nor do they blame the water companies actually responsible for said investment that the Conservatives privatised decades ago and has since paid its tens of billions of profits solely to shareholders and helpful ruling parties and nor apparently can this sovereign government free of Brussels nationalise said companies to do their bidding.

The other front has been to use the murder of David Amess MP to shut down debate, as David T Davies MP responded to criticism on Twitter:

“We voted to reduce sewage going into rivers-but we can’t risk it backing up into people’s homes. The facts were set out but activists like u are more interested in spreading hatred on twitter than looking at the arguments. In this of all weeks – shame on you”.