A group of local North East residents feel so strongly about lies and broken promises from the current government. 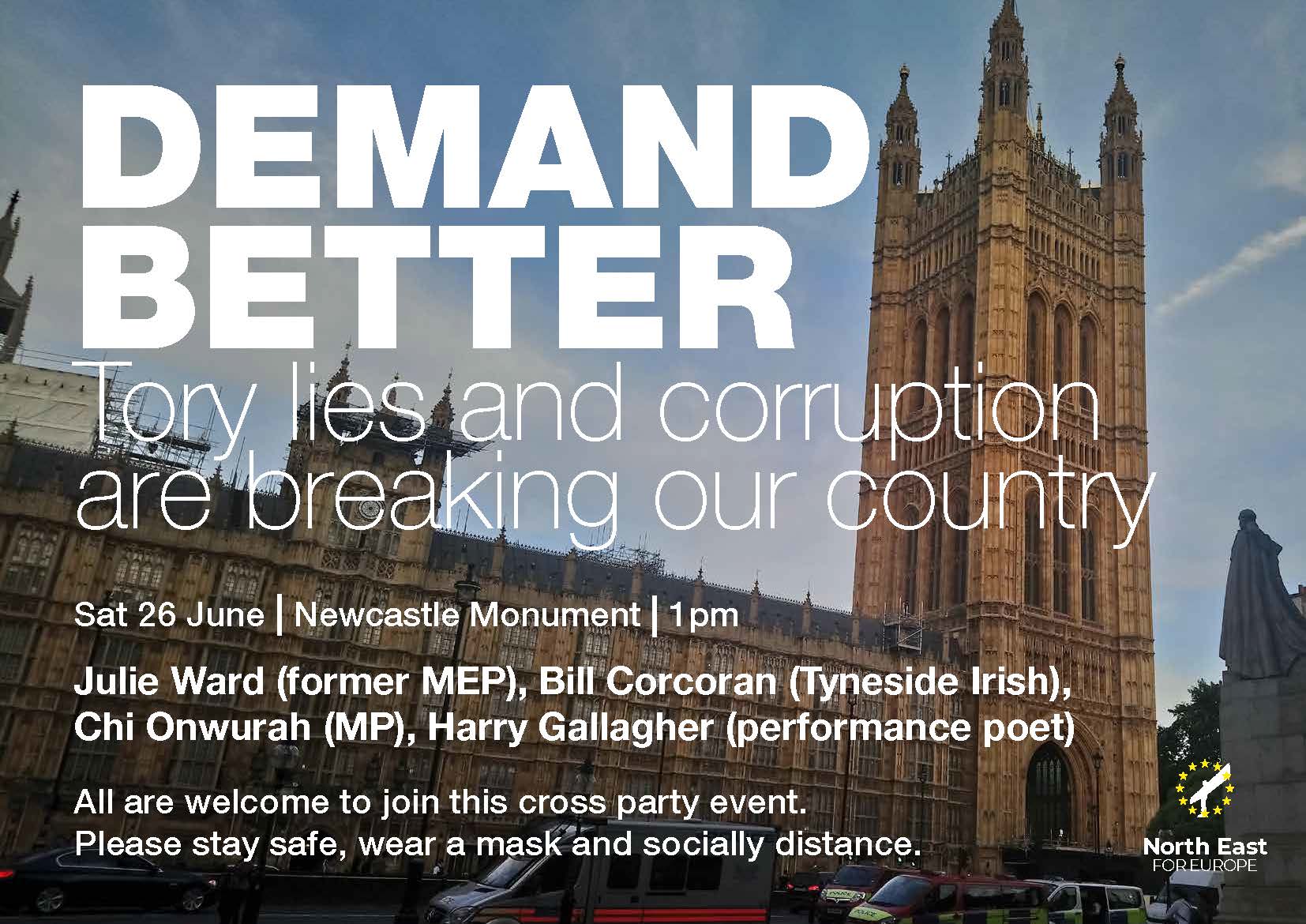 A group of local North East residents feel so strongly about lies and broken promises from the current government that they are staging a rally in Newcastle on Saturday 26 June. The focus of the demo is #WeDemandBetter.

Louise Brown and Yvonne Wancke are the hosts for the event.

What do the organisers say?

Louise Brown, says “The public are getting increasingly fed up of the constant Tory lies and corruption. From their handling of the Covid-19 crisis to Brexit lies, it really is one thing after another with this government.

“However you voted in the EU referendum, a great deal of what was promised simply has not come true. It has been in the news this week that UK food and drink exports to the EU almost halved in the first three months of 2021. There were also the lies told about the Irish Border and the deal for our fisheries and farmers. Businesses in the North East and the rest of the UK are really suffering thanks to the TCA (EU-UK Trade and Cooperation Agreement).”

“However, the worst casualties in all of this are the EU citizens who have until the end of the month to apply for settled status. With many horror stories of delays and difficulties around making such an application, there have been calls for the government to extend the deadline.  Even some EU citizens who have achieved settled status have already been beset with difficulties proving their status with glitches in the government website that is supposed to verify this.This has resulted in rental agreements, jobs and mortgages being turned down.

“This is the exact opposite to what the government promised when they said ‘nothing would change for EU citizens; in the event of Brexit. Let us not forget, this is affecting people who are our family, friends and neighbours who have been here, often, for many years. They simply do not deserve this kind of treatment.”

This is a cross party event where we encourage everybody to come together to say “We Demand Better”. It is part of a UK-wide four day protest that has been organised by Steve Bray with other events taking part throughout the week in London, Leeds, Manchester and Nottingham.

#WeDemandBetter will take place at Monument in Newcastle on Saturday 26 June at 1pm.

The organisers have liaised fully with Newcastle Council and Northumbria police regarding this event. They ask people to respect social distancing and to wear masks.

Live Theatre is re-opening in September

Live Theatre is re-opening in September