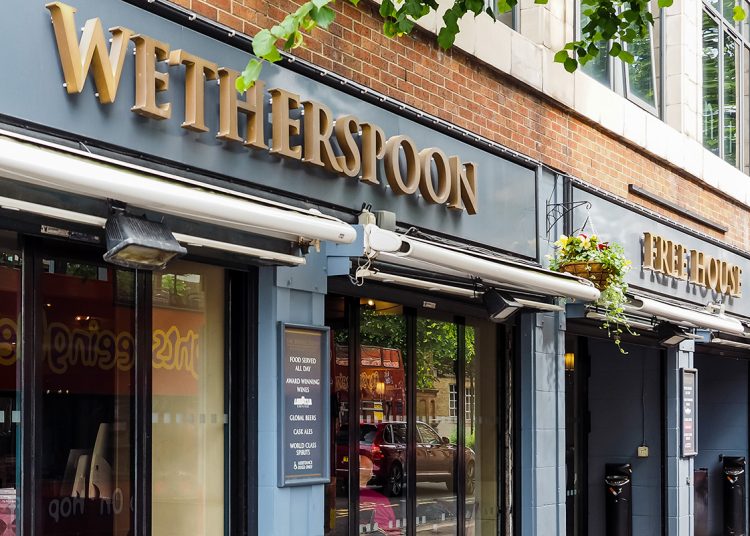 The once mighty Wetherspoons, an unashamedly Brexit-supporting company has been humbled by yet another trading loss.

Tim Martin, the company chairman and Boris Johnson were buddies and locked arm in arm, to ensure Brexit happened. I wonder if he now, with the benefit of hindsight, would still support a decision to self-harm his own business and inflict great misery on the rest of the country?

Tim Martin has in effect given the county a massive hangover and a permanent headache.

In a statement released on 13 July. the pub chain revealed that due to a slow recovery in bar trade, increased spending on repairs, and salary hikes it was expecting an annual loss of £30mn. This is on top of the £154.7 million loss reported for 2021. Investors reacted to the fresh announcement by initially marking the shares down by 10% in early trading on the London stock market.

Sales of draught ales, lagers and ciders – previously the biggest driver of pub trade – were 8% below 2019 levels, it revealed. So, it would appear drinkers are in fact shunning this pub chain and we must wonder why. Could it be that many who voted against Brexit and others now see the harm it is doing to our country? Are they finally saying “It’s time to boycott this pub chain “?  Certainly I have not been in a pub owned by this group for close to three years now. I wish I had started much earlier

Impact on other sectors

Let’s decode the reasons for the” hiking of salaries”.  Wetherspoons like all hospitality businesses has been struggling to find staff because there is no freedom of movement of labour due to Brexit.

This is not confined to hospitality; we know of huge driver shortages in the transport sectors, indeed across virtually every industry. Construction , farming , manufacturing, social care, hospitals and hospices are struggling due to massive staff shortages. All report massive problems in recruitment. Crops are being left to rot in the fields and transport delays are commonplace in many supply chains. This, of course, included Wetherspoons during 2021.

This is the same Tim Martin who not only campaigned to throw out the people who’d come to the UK to work, but when the pandemic hit, he preferred to tell staff to find other jobs so he wouldn’t have to furlough them.

Brexit has been the biggest single act of self-harm to this country and the impact will be felt for decades to come.  It has brought reduced opportunities for our young people, no freedom of movement of labour, fewer export opportunities, higher costs on imports and exports and protracted delays at airports and ports all around the country. As a nation we will be poorer due to Brexit.

It’s interesting watching the Tory party debates, one said Brexit is done while other pledges to remove all the red tape that’s holding back British Industry. In my opinion all the candidates have been drinking too much in their local pubs because all this talk is utter nonsense.

To achieve growth we need people and without human capital, tax cuts  will only spark higher inflation and higher wages . They should actually talk to Tim Martin, a businessman who could educate them on the realities of Brexit and the huge shortages of labour being felt right across the country. In the race for the keys to number 10, we are in effect being offered more of the same failed policies followed by Johnson. A different face but the same lies deceit and broken promises.

It is good that there is so much focus on the cost of living crisis but important to remember that inflation was rising sharply before the Ukrainian invasion.  And what was driving up the costs especially of food items in 2021, were increased transport and import costs caused largely by Brexit. We have all seen the vast queues of lorries at Dover, but the paperwork required now to import and export goods is vast and the expense massive. All these extra costs have been passed on to us.

So my suggestion to the Tory party candidates vying to be the next PM  is to agree to rejoin the EU as soon as it is practical. The immediate improvement in the flow of labour and much cheaper imports will reduce inflation for everyone in this country and create jobs. Increased taxes from the higher economic activity and the hundreds of thousands of extra jobs filled could be a huge and much-needed tangible economic dividend for the nation. The value of sterling would probably rise making imports cheaper.

I can almost see Rishi Sunak jumping for joy in his Prada shoes over a glass of champagne at the prospects of a huge increase in taxation flowing into the treasury. He may have left his old job but as a leading contender, he could easily suggest this financially sensible idea.

Perhaps I am suffering from heat stroke and the above excellent idea is a figment of my imagination!

It’s good to dream and have ambition, mine is rejoining the EU. I want it for my children, for peace in Northern Ireland, I want freedom of movement for all my friends and for the nation. I want no more borders and barriers between EU nations and greater prosperity for all.

But with an elitist Tory party, I worry my dream will be dashed. Those voting for the next PM will typically be white, male pale and very stale. They do not represent the views of the nation.

For all the workers in this country and especially those in the North East, it’s time to stand up and be counted and pin your collars to the mast. Join in whatever form of protest is feasible, The time for doing nothing is over. We must get our voices heard and out loud. .

If your only action is to boycott a Wetherspoons pub you will have made a stand and a valid contribution  to society.

Bring it on, we must have a General Election as soon as possible!