The Police, Crime, Sentencing and Courts Bill is going through the report stage in the House of Lords at present. You may also know that this bill contains provisions limiting civil liberties, in particular the right to protest peacefully. 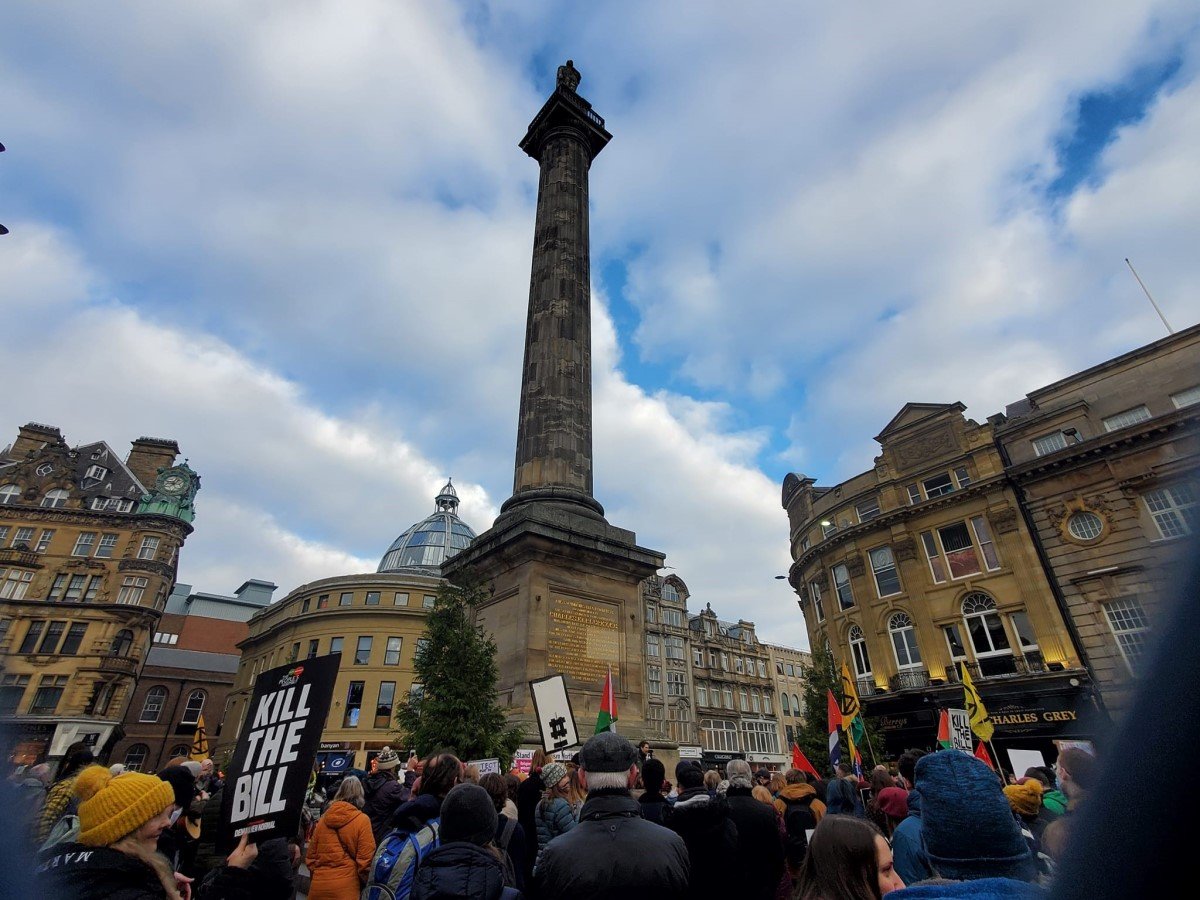 The Police, Crime, Sentencing and Courts Bill is going through the report stage in the House of Lords at present. You may also know that this bill contains provisions limiting civil liberties, in particular the right to protest peacefully. Once it has been enacted, it will be very difficult for these ancient and vital rights to be restored. It is not too late to modify this bill. The House of Lords still has a say on a number of amendments.

You may remember the massive People’s Vote marches in the last few years. On two occasions the numbers present were around 1 million people. These were powerful demonstrations of public anger and distress.

Others may remember similar numbers protesting against the invasion of Iraq 18 years ago. Under the government’s plans such protests could well become a thing of the past.

The current Bill would give the police more powers to decide which protests can go ahead, where and for how long; it would create a buffer zone around Parliament, and make causing ‘serious annoyance’ punishable by up to ten years in prison. The government of the day would have the right to declare any protest illegal, a right which is unlikely to be used impartially.

On top of this, the government has added, at the 11th hour, further amendments which will give it powers arbitrarily to ban individuals from taking part in any protests of whatever kind on pain of imprisonment, and which will greatly increase police powers to stop and search without a stated justification. This would potentially allow them to act against minority groups who will be left with little or no redress.

There are many other provisions of an equally draconian nature, including some which will put an end to the traditional lifestyle of Gypsy and Traveller communities, and others which will make it easier for government to access personal data.

No surprise, then, that the Bill has drawn down condemnation from all sides. Critics include Liberty, Best For Britain, Unlock Democracy, the European Movement, Theresa May, many police chiefs, the UN Special Rapporteur on Human Rights and even Richard Tice of the Reform Party. There are few issues on which those all agree.

You can read the Bill here and you can follow its passage through Parliament here.

The government will claim that this bill is required and that those opposing it are defending the rights of violent criminals. This is of course a travesty of the truth. The Bill is a mixture of uncontroversial modifications of the law and provisions redolent of Belarus or North Korea.

Most of the offending clauses are in Part 3 of the bill, covering Public Order. These are due for debate in the Lords on Monday 17 January.

If you share the abhorrence at this new attempt to restrict our civil liberties, you can write to as many members of the House of Lords as possible in the next few days urging them to support amendments. Below is a list of those peers who are thought most likely to respond to such representations.

Template letters are available, and here is a link to the letter recommended by Liberty, from which you may wish to send extracts, but it is best if people feel you are writing personally.

After the Bill returns to the Commons, MPs will have the opportunity to consider Lords amendments, and we would urge you to ask your MP to support any which make the Bill less toxic.

Liberty has further information about the Bill and its latest modifications.

The full version of this article was first published on Oxford for Europe.