It’s time for the English regions to take control 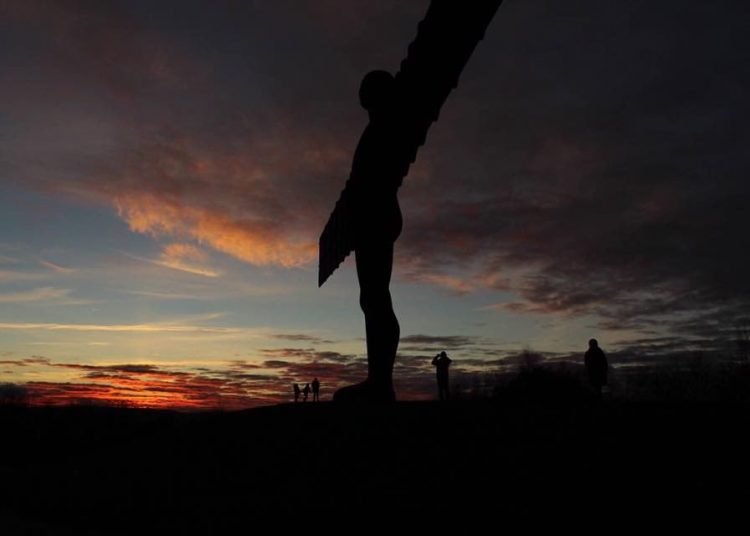 On 4th November 2004 my region, North East England was the setting for a turning point in English constitutional history. The two-and-a-half million or so inhabitants of this far-flung English region, with its stunning coastlines, rich industrial heritage and wild landscapes, answered an important question.

Should we have our own regional assembly? Should a locally elected body make decisions about our economy, housing, and jobs, rather than London-based politicians, many of whom had never even visited the region?

The proposed 25 to 35-member chamber would have powers to ‘promote’ social and economic development, health, safety and security, improve the availability of new housing, and improve skills and training provision in the region.

I was one of the small minority who voted ‘yes’ in the referendum that ensued, but in the end, ‘no’ won the day – handsomely. Seventy-eight per cent of voters rejected the proposal; a result that put an abrupt halt to the Labour government’s tentative plans for English regional assemblies elsewhere.

Fast forward fifteen years. A 2019 IPPR North report, Divided and Connected, highlighted the U.K. as “more regionally divided than any comparable developed economy… the most centralised country of its size in the developed world” and that “this has led to many flawed policy choices.”

These flawed policy choices have been evident in my region for generations. The North East has the lowest life expectancy in England, the lowest employment growth, the highest proportion of jobs that pay under the National Living Wage, and lower household wealth than any other part of the U.K.

Recent data suggests that North East England will be the first amongst UK regions and nations to feel the effects of the coronavirus fallout, reaching top spot once again on unemployment rates .

And as we continue responding to a global pandemic, some are starting to ask whether an over-centralised response has contributed to the government’s ‘flawed policy choices’ and appalling record in relation to Covid-19.

Speaking on ‘The Bunker’ podcast, in May of this year, health policy expert Roy Lilley said “part of the problem is that [the NHS] has no regional structures. We could have bought PPE on a regional basis, done testing on a regional basis … but unfortunately [the then Health Secretary] Andrew Lansley’s reforms in 2012 … did away with regions, and we are busy trying to put regions back together again.”

Dr Bharat Pankhania, Senior Clinical Lecturer at Exeter Medical School echoed this on Citizens TV’s The Covid Report, saying “When you try to control it from one headquarters in London … you lose that finesse; that precision of being able to control it locally and regionally.”

The ‘Westminster Knows Best’ attitude extended to central government denying local authorities vital data about the spread of coronavirus in their areas, failing to communicate their plans with public health teams or elected officials in local and devolved administrations, and being accused of politically motivated overruling of local health team decisions regarding lockdown measures.

And yet, the evidence so far suggests that despite active attempts by central government to undermine their efforts, a regional and local approach to tackling coronavirus has been far more effective than a centralised strategy.

In terms of test and trace, at the beginning of August independent researchers suggested that, far from reaching 75% of contacts of Covid-19 positive people claimed by the government, the test and trace system was reaching less than 50% of those it tried to reach. At the end of August it was reported that, for the ninth week in a row, central government had failed to meet its test-and-trace targets.

Compare this to the locally co-ordinated test-and-trace initiatives, such as in Leicester that reported reaching 89% of contacts, or Greater Manchester, which put the figure at 98-100%. Blackpool and Darwen council reported reaching 90% of contacts that the national contact tracing system failed to. This success becomes even more impressive when one considers that the total amount of funding given to local authorities to tackle Covid-19 is less than half the amount than the government awarded (without tender) outsourcing giants Serco and Sitel to deliver the central test-and-trace programme.

Limited devolution of power from central government to England’s regions has taken place in recent years, through the establishment of so-called ‘Metro Mayors’. The first mayor of the North of Tyne Combined Authority was elected here in North East England last year.

The report suggests that “the continued ad hoc and piecemeal nature of how England is governed … is creating a patchwork of political leaders and institutions with insufficient powers and resources to tackle the economic social and environmental issues confronting their regions.”

The report also pointed out that “international evidence demonstrates that decision-making and public policy is most effective when it works with the geography of how the economy operates and people live their lives”.

To me, this observation was somewhat prescient. After all, surely a decision and policy-making process based ‘within the geography of how the economy operates and people live their lives’ wouldn’t only be an effective way to improve public services and life-chances, but to tackle a communicable disease too?

As we pick up the pieces in the wake of coronavirus, it is imperative that we begin a serious conversation about devolving real power and resources to the English regions: real powers over health, housing, education, policing, and jobs. The coronavirus response only adds to the argument that the best people to make decisions are those closest to where their effects are felt.

The time has come for the English regions to truly take control of their own affairs.