An analysis by Giuseppe Bignardi on what we can learn from the war in Ukraine. Both the EU and Nato have important roles to play. 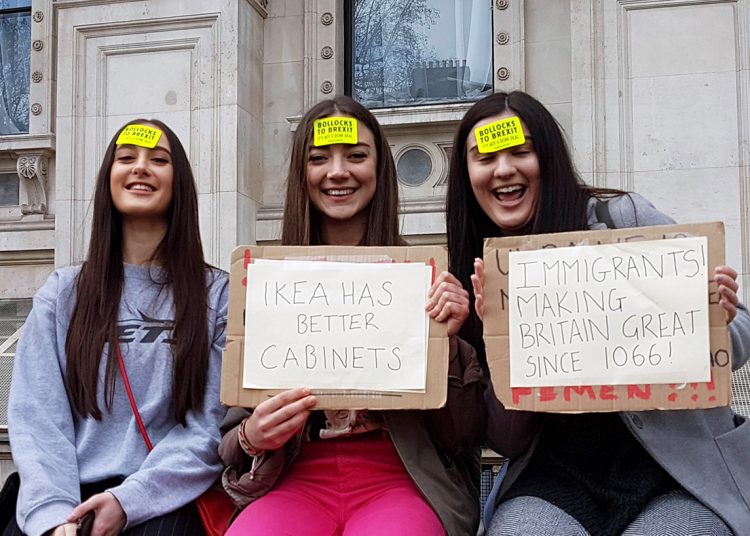 Until recently there has been no shortage of Vladimir Putin’s apologists in the populist parties of many countries. Nigel Farage was one, as well as Donald Trump. The list also includes Matteo Salvini in Italy, Marine Le Pen in France and the Hungarian prime minister Viktor Orban.

As for Boris Johnson, his main guilt has been the association with the Russian oligarchs. There is nothing wrong with rich party donors. However, in post-communist Russia fortunes were frequently made through corruption or, since 2000, through the association with Putin.

Johnson delayed the publication of a parliamentary report on Russian interference with UK politics until after the 2019 general elections.  The report criticised the British government, for failing to conduct an assessment of Russian interference with the 2016 Brexit referendum, and it observed that the UK had become a favourable destination for Russian oligarchs, who have made large-scale donations to the Conservative Party.

Some observations point towards Russian interference with the Brexit referendum, though it is impossible to say to what extent this influenced the vote. Russia also interfered with the subsequent US presidential elections that led to the election of Trump: this interference was probably decisive.

From a Russian perspective both Brexit and Trump could be conceived as a strategy to divide and weaken the West. Putin has not gone rogue with the invasion of Ukraine: he is a longstanding autocrat and warmonger.

This war may end with a devastated Ukraine giving up on joining Nato and being forced to make some territorial concessions but, hopefully, still remaining a free and independent state. Further down the line, I can see Ukraine joining the EU.

The EU and Nato

There are six European states which have joined the EU but not Nato. EU membership can confer some degree of safety and reciprocal solidarity, though membership of both the EU and Nato is preferable.

Nato, though, came under severe strain under President Trump. Trump could be re-elected in 2024 and some have questioned whether Nato could survive a second mandate by such a divisive figure.

Johnson was up to his old tricks during the recent Conservative Party conference, as he suggested the equivalence of the Ukrainian fight against military invasion with Brexit. How are these in any way comparable? Ukraine does not see it in this way and has requested membership of the EU.

A response to the crisis

The EU has responded well to the present crisis by unifying the actions of 27 member states. Sanctions were jointly introduced, even by countries like Hungary previously sympathetic to Putin, whereas EU borders have been opened to Ukrainians refugees in a more generous way than Boris Johnson has done.

We need to have a clear understanding of the world’s direction of travel. China, another totalitarian state, could overtake the US as the largest economy in about ten years: military power and foreign policy influence are inextricably linked to economic power.

‘Western’ values, such as democracy and human rights, may come under greater threat unless the US can count on a network of allies that act in a cohesive way and are capable of independent leadership when the US fails to lead, as it has often been the case in relation to climate change. The EU allows small and mid-sized nations to join forces in order to have influence.

The Conservative European Forum has suggested that the UK should join some EU projects, such as the Permanent Structured Cooperation in Defence (PESCO).

When will Putin’s rule end? Putin was first elected president of the Russian Federation in 2000, in what were relatively free elections. He subsequently turned Russia in a totalitarian state.

According to Boris Yeltsin, a former Russian president, “authority in Russia had always been transferred through natural death, conspiracy or revolution”.

Putin’s Russia looks back with nostalgia to the old times when, after WW2, it was allowed to rule over Eastern and Central Europe. However, Russia needs to return to democracy and accept that Europe has changed.

Russia can have friends and allies, but not by invading them. Back in 2020 Putin suggested that Russia might one day join Nato: this is not impossible, but it would take a lot of change and reform.