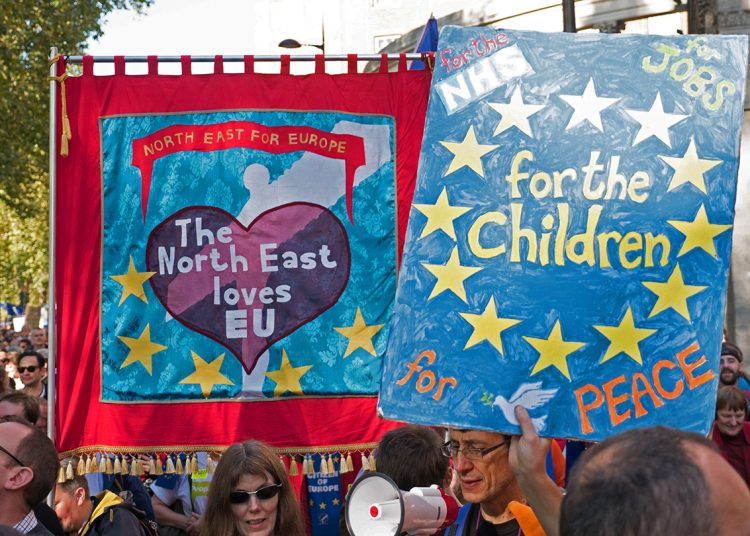 What is happening to Brexit? Noticeable consequences of Brexit include lorry drivers queues, longer times for passport checks and poorer arrangements for travel, such as the reintroduction of roaming charges.

But what about the economy? Although David Cameron had exaggerated the cost of Brexit in 2016, Brexit has caused real damage such as reduced exports to the EU, higher inflation  and reduced economic growth (GDP). Over time we will be able to make a better analysis.

Ultimately, the greatest boost to the economy comes from peace. We can see this with the Russo-Ukrainian war, which has exacerbated our cost-of-living crisis, despite the UK not being directly involved.

This and previous European conflicts have been caused by nationalism and revanchism. The EU is an effective antidote to these sentiments.

The EU was born as a project to replace old rivalries and tensions arising from cross-border ethnic minorities and has proven to be an effective instrument for peace and democracy. Even in Northern Ireland, membership of the EU helped to calm down tensions, which have been reignited by Brexit.

Ukraine may end up being a new member of the EU, but we will also need a strategy to associate Russia with peace and democracy in Europe, if we want Russian revanchism to come to an end.

Covid has shrunk our workforce, as an increasing number are out of work and not seeking work. With Brexit, it has become impossible to compensate this with workers from EU countries. Thus, we have seen staff shortages in many sectors including haulage, hospitality, construction farming, healthcare and air travel: the impact is severe.

The anti-migration rhetoric, which has characterised Brexit, does not match reality. Most developed nations (not just in the EU) have a net migration flow, and this is beneficial to the economy.

Boris Johnson’s leadership has not ended well: false promises, plain lies and rule-breaking have caught up with him. However, the election of his replacement has been surreal, with candidates veering to the right in order to appeal to the party membership, which is a small and increasingly poorly representative.

Thus, many candidates have made unrealistic tax cut promises and have supported Boris Johnson’s pledge to break international law and rip up the Brexit agreements with the EU, in relation to Northern Ireland: that very agreement that Boris Johnson had described in 2019 as his oven-ready deal.

Mr Tugendhat has described Brexit as a “revolution” that could not be overturned. So much for democracy, supposedly based on the principle that the electorate can reverse any policies.

What has happened to remainers? Many have regrouped in the European Movement: founded by Winston Churchill in 1948, and other organisations. In addition a National Rejoin March is taking place in London on 10 September.

Many remainers believe that the immediate priority is to rebuild a constructive relationship with the EU and to rejoin the customs union and the single market. This would align the UK with countries like Norway, which is not in the EU but has a close collaboration. This would be a better interpretation of the 2016 referendum vote than Boris Johnson’s hard Brexit.

Decisions about leaving or rejoining the EU, or about Scottish independence, are important and difficult to reverse and should not be based on a majority of 51.9%, as in the Brexit referendum of 2016. Public opinion on these issues is volatile and opinion polls conducted in 2017-2021 suggested a reversed thin majority in favour of Remain.

A large majority, as in the 1975 referendum that brought the UK into the EU, or two repeat referendums a few years apart, as envisaged by the People’s Vote campaign, are a better way to establish what is the settled public opinion.

I believe that, at some future time, we will have again a close association with our friends and allies in Europe, and we will probably rejoin the EU.