The North East, with its skills and industrial know-how should be at the forefront of a green revolution. 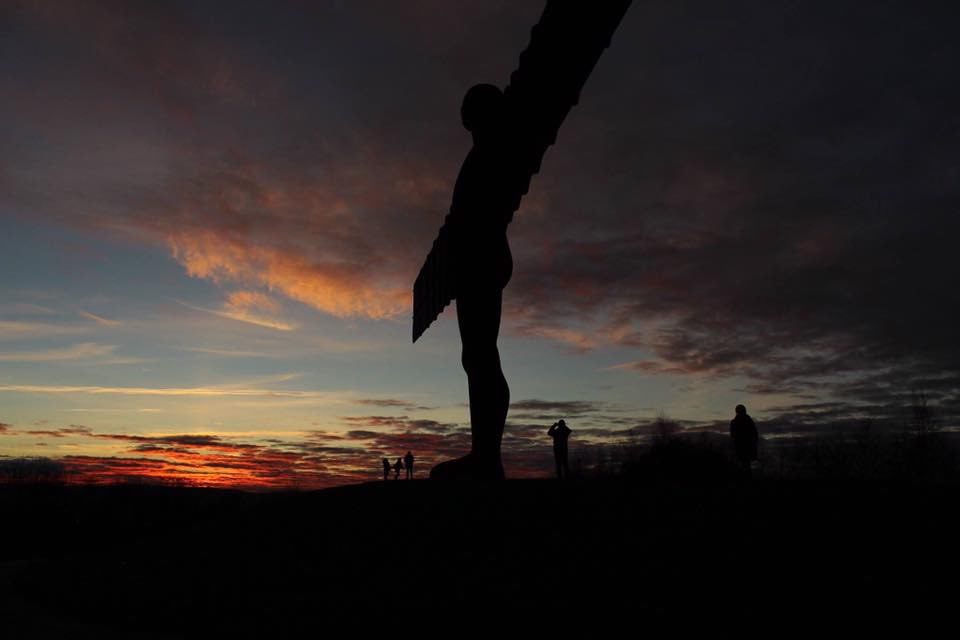 "The North East, with its skills and industrial know-how should be at the forefront of a green revolution." Photo by Richard Abbot-Brailey

North East England faces a graver economic and social crisis than the 1920s and 1930s. Thankfully, unlike then, we have at least some national institutions – from a health service to a limited welfare state – to help the sick and the most vulnerable. But as the Covid-19 crisis deepens again, with a nation-wide lockdown a possibility, a national emergency is becoming graver.

The issues are stark: growing ranks of unemployed, small businesses collapsing by the hundred; councils close to running out of funds and maybe facing technical insolvency; allocations for vital government funding, particularly over housing, social care and social security, skewed towards ‘growth’ areas like London and the South East.

It is a horror story beyond measure. And, as concerned individuals from all walks of life, united in one aim – passionately supporting a region to which we’re committed and proud – we can stay silent no longer.

We don’t want to mindlessly criticise. Instead we want to point a way forward,  and play a constructive role in trying to make a  reality of the Prime Minister’s once-vaunted ‘levelling up’ slogan  – by which he suggested  giving the underperforming English regions, like the North East,  a fairer slice of the national  pie by loosening the power and wealth of London and the surrounding South East. England stands alone in the western world with such a centralised economy and government machine.

So let’s address the here and now – call it ‘project security’ – and a future which, assuredly, will not mean ‘business as usual’ when this dreadful pandemic is over.   Priorities are changing. We are learning to value essential jobs – the care workers, delivery drivers, local shopkeepers, tradesmen, the many low-paid who, literally, have been keeping communities afloat for the past seven months. Most of  all, we are realising,  as never before, the importance of the public sector – and the need for more publicly funded jobs, particularly in the outsourced care services.

Our immensely varied region has many qualities and strengths – the expertise, the facilities, the countryside and the coast to exploit the ‘green’ revolution and emerging industries. That is set alongside the challenges of low wages, insecure jobs, in-work poverty and the looming prospect of much higher unemployment – no matter the Chancellor’s initiatives yesterday. But do they go far enough?

The dire statistics point in one direction: the young , and the graduates,  either new to the labour market or in their final years at school – sometimes  traumatised by six months out of the classroom if  in the state sector – are most at risk from losing jobs and finding new ones. Figures from the Office for National Statistics (ONS) show that those in the 16-24 age group are the most affected by unemployment and represent the largest group furloughed.

The region is exposed: 329,000 are in this furlough scheme, which ends on October 31.  Perhaps half of them will not get their jobs back. Add this to the current 5.2% unemployment rate and you see the problem: perhaps 20 per cent of the regional workforce jobless?

Measures to recalibrate an economy, overwhelmingly skewed towards the south, were promised immediately after the election by a Prime Minister who coined the ‘levelling up’ slogan. Approaching nine months on, it’s not clear yet whether a skeletal policy has been framed to underpin this slogan, let alone a group of ministers to chart a way forward. We think it’s time to act.

We naturally accept that the Westminter government has its work cut out dealing with the most devastating health crisis  – a global pandemic – in at least 100 years. Likewise, we note that the Labour opposition has yet to sketch out a meaningful ‘levelling-up’ policy.

So let’s make a start. The North East, with its skills and industrial know-how should be at the forefront of a green revolution.  As others have already advocated, it has the potential to become an international hub of carbon neutral technologies and wind-related energy sources.

While all the political  talk, rightly,  has concentrated on supporting existing businesses, perhaps – like mainland European neighbours – we need to be tailoring further help towards jobs of the future, particularly in green and related industries: renewing an ageing housing stock, to make it fit for a low and zero carbon future, for instance. That doesn’t mean ignoring the young unemployed, and those entering the labour market. But it does demand an ambitious national, regional and local re-skilling strategy.

That is only part of a ‘levelling up’ agenda. To take this forward, we need nothing less than a national social and economic reconstruction strategy, all-embracing, led by a powerful secretary of state supported by experts from outside government – and they do exist.

As it is, an energy white paper, already delayed, is now expected in November. The Institute of Government think-tank, which has no political axe to grind, found this month that the UK is “well off track” in meeting its net zero carbon target by 2050

But as well as directing government support towards jobs of the future –policies our European neighbours are embracing – we also need to aid the expansion of employment in those essential services which have, literally, kept us going for the past six months: the NHS, naturally, the ‘caring services’, often outsourced and scandalously underfunded, local public health teams and, of course, local government. Urgently, we can take steps to:

At the very least, let us – businesses, local councils,  trade unions, charities, social enterprises, housing providers, civil society – start charting a way forward, rather than simply expecting the government to act. There is a vacuum to fill if ‘levelling up’ is not simply to become a vacuous slogan. We all need to work with the government to ensure this does not happen. Time is not on our side.