Likewise my hilarious quip about starving the entire island of Ireland to death was widely misrepresented. 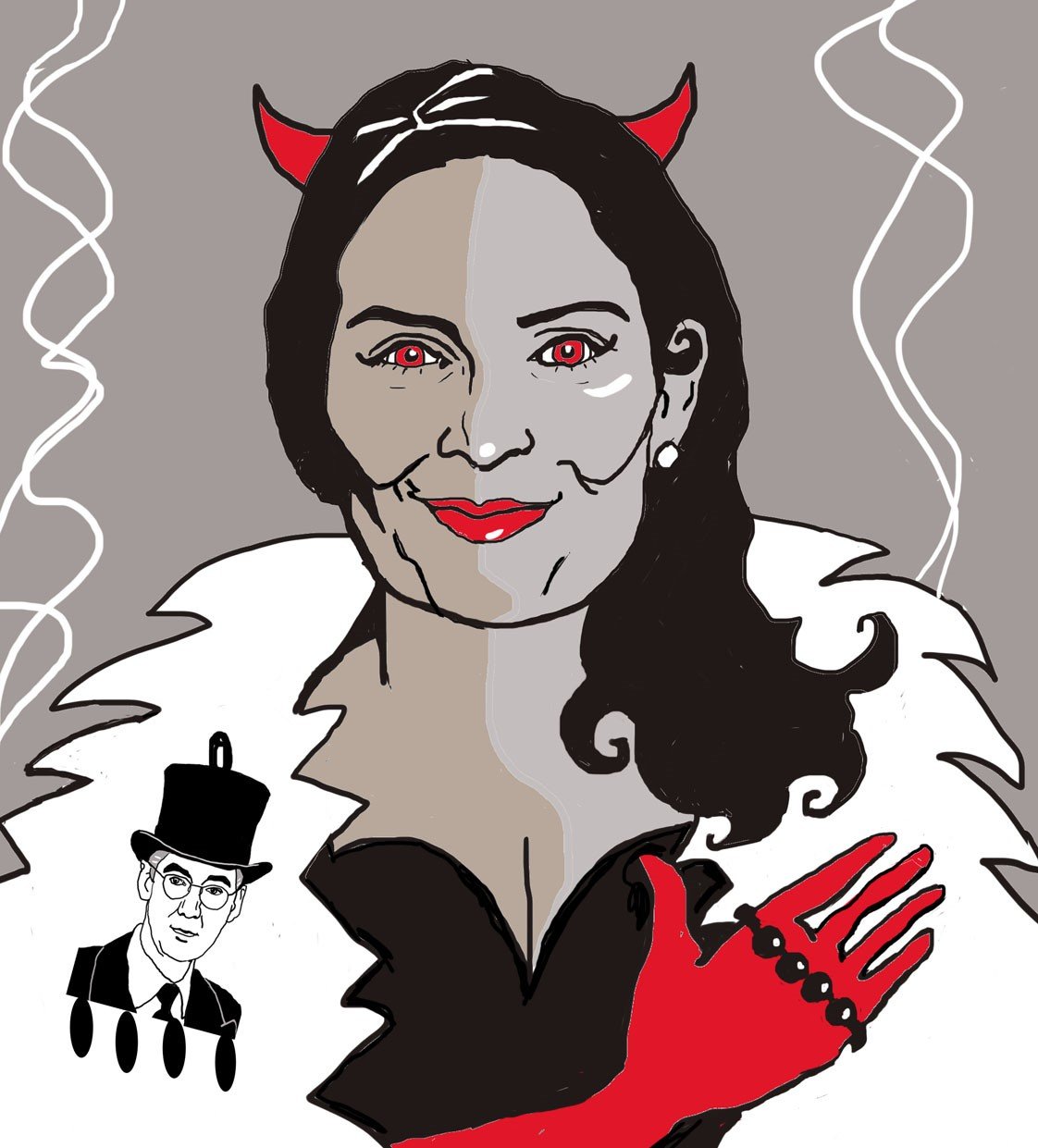 There now follows an address from the Home Secretary:

I stand before you today, a weak and feeble woman. But I have the heart and morality of a demonic entity.

When I told Sir Clive I would have his family killed I was merely making a frivolous joke and I’m sorry if he construed this harmless jest as being abusive. The prick.

Having came from nothing with only the energy, gumption and evil required to rise to the very top of a world dominated by white, middle aged *****, I have every right to occasionally make my point in a way that some sort of pathetic wanker might construe as being aggressive. F*** the lot of them.

When the PM came to my office to offer his support and assurance that even if I was found by the parliamentary ombudsman to have bullied staff he would offer unqualified support it came as no surprise. Possibly because I had incarcerated his fiancee and planned to turn her into a coat if he didn’t.

To show the world my softer side I have just taken delivery of some incredibly cute puppies – 101 of them to be exact – and they will be treated with care and love for at least the next 24 hours. Then I’m going to boil them in a vat.

I plan to swallow your soul. Sucking your existence into my desolation. The subsequent explosion of black vomit, as I regurgitate your very being, will corrode the known fabric of reality until the dark lord breaks through from his satanic lair and I take my rightful place by his side.

Only Jacob Rees-Mogg will be left alive as my bleak lieutenant – his activities having drawn the admiration of the Lord of Lies. Particularly his street work in Whitechapel during the late 19th century.

And then I shall rise above you all, luxuriating in evil and the perverse satanic beauty of His vengeful wrath.

Thank you minions. I have feasted upon your tears but I am not yet sated

This has been a Party Political Broadcast on behalf of the Conservative Party.

Keeping the magic of Christmas alive at the Customs House, South Shields

"Bedsit Land": the fall and rise of the private rented sector in the north