Whatever happened to the likely lads?

The original Likely Lads was a sitcom written by Dick Clement and Ian La Frenais that aired from 1964-1966 about two young working-class Geordies called Bob and Terry (Rodney Bewes and James Bolam) who loved beer, football, and girls. 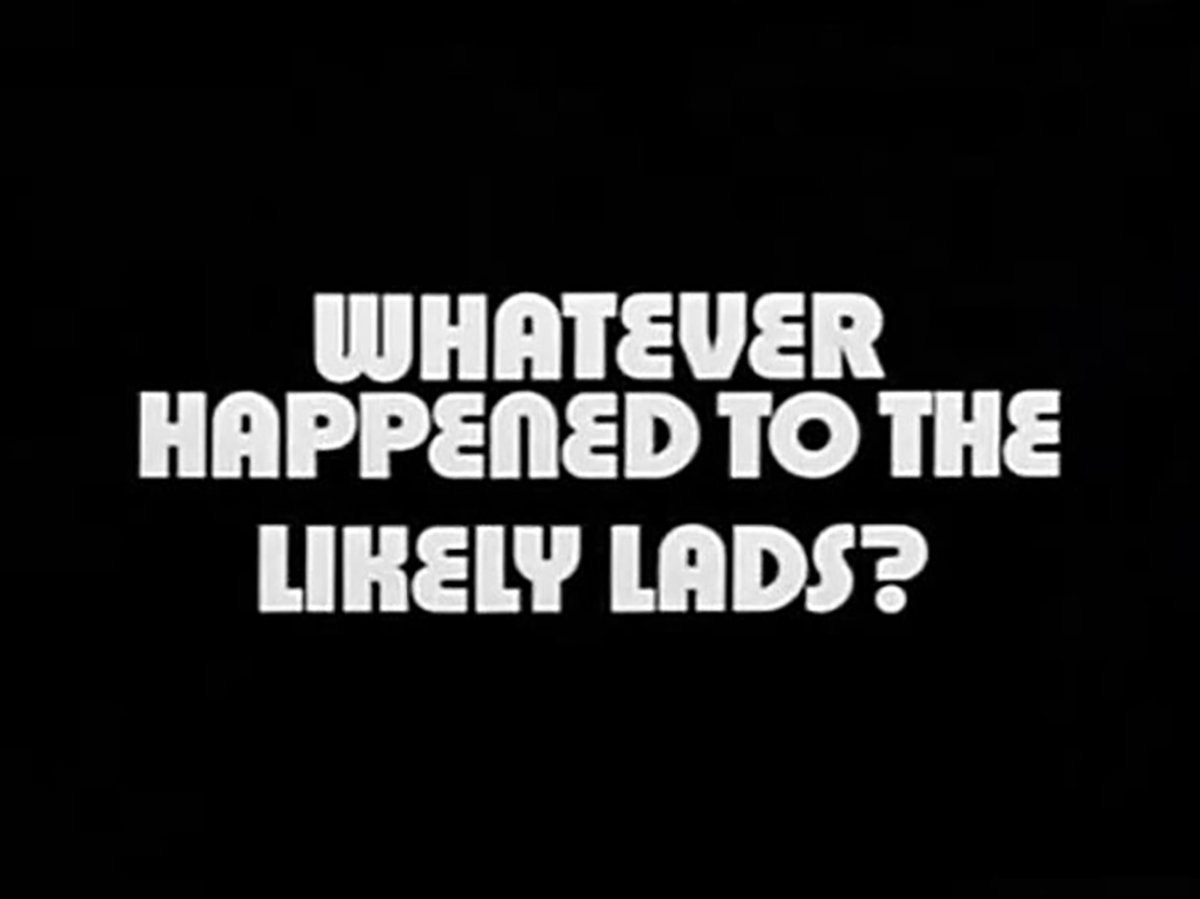 Whatever happened to the likely lads? Image by BBC for Wikimedia Commons

The original Likely Lads was a sitcom written by Dick Clement and Ian La Frenais that aired from 1964-1966 about two young working-class Geordies called Bob and Terry (Rodney Bewes and James Bolam) who loved beer, football, and girls. The series ended with Bob being conscripted into the army and Terry deciding to join as well to be with his friend. Unfortunately, Terry learns too late that Bob has been rejected due to having flat feet and he still must go. While it was a hit in its day, it’s aged quite poorly.

Seven years after the original series a much more popular and fondly remembered follow up series Whatever Happened to the Likely Lads was aired (although in bit of a continuity error, the characters mention that five years have passed between series) which saw Bob and Terry reunite after the latter returns to Newcastle after his stint in the army. Bob is much more successful than we last saw him, he has a white-collar job, a middle-class suburban house and is engaged to Thelma (Brigit Forsyth). Terry views this as a betrayal of their working-class roots, and this class divide between the two as well as Terry’s feeling of moral superiority about it is where much of the humour is derived from. Bob easily allows himself to be roped into Terry’s schemes to prove to the latter (and likely himself) that he’s still “one of the lads”, which often gets them into trouble.

Another theme of the series is the passage of time. Terry struggles to adapt to the way the country has changed during the time he was away and feels bitter and left behind. Bob has more easily adjusted to the changing social climate having lived through it, but still feels a sense of nostalgia for their lost youth. Very often the two will become depressed about the demolition of buildings they have fond memories of. This theme is also perfectly and poetically illustrated from a shot during the end credits showing a group of children playing amongst the rubble of a demolished house. The feeling that the world is changing and parts of your way of life are slowly disappearing is something that anyone from their late-20s onwards can relate to and is why the series is not only superior to the original but still holds up incredibly well nearly 50 years later.

The series only lasted two series and a Christmas episode, but a spin off film titled “The Likely Lads” was made in 1976 to wrap up the story. Clement and La Frenais considered writing a revival in the 90s, however it never happened due to a mixture of Bolam not wanting to revisit the role (even going as far as refusing to speak about the series in interviews) to an alleged falling out between the two stars that resulted in them no longer being on speaking terms until Bewes’ death in 2017. Bewes maintained that Bolam refused to speak with him after he indiscreetly told a journalist a story about when Bolam’s private life. Bolam on the other hand denied there was rift between the two at all and they had simply just lost contact over the years due to no longer working together.

While it’s a shame a follow up was never made, we still have 27 episodes and a film’s worth of brilliance to enjoy.

Walking in a Pandemic