The region's Fire and Rescue Service on White Ribbon Day, has called for communities to come together and say “No” to violence against women. 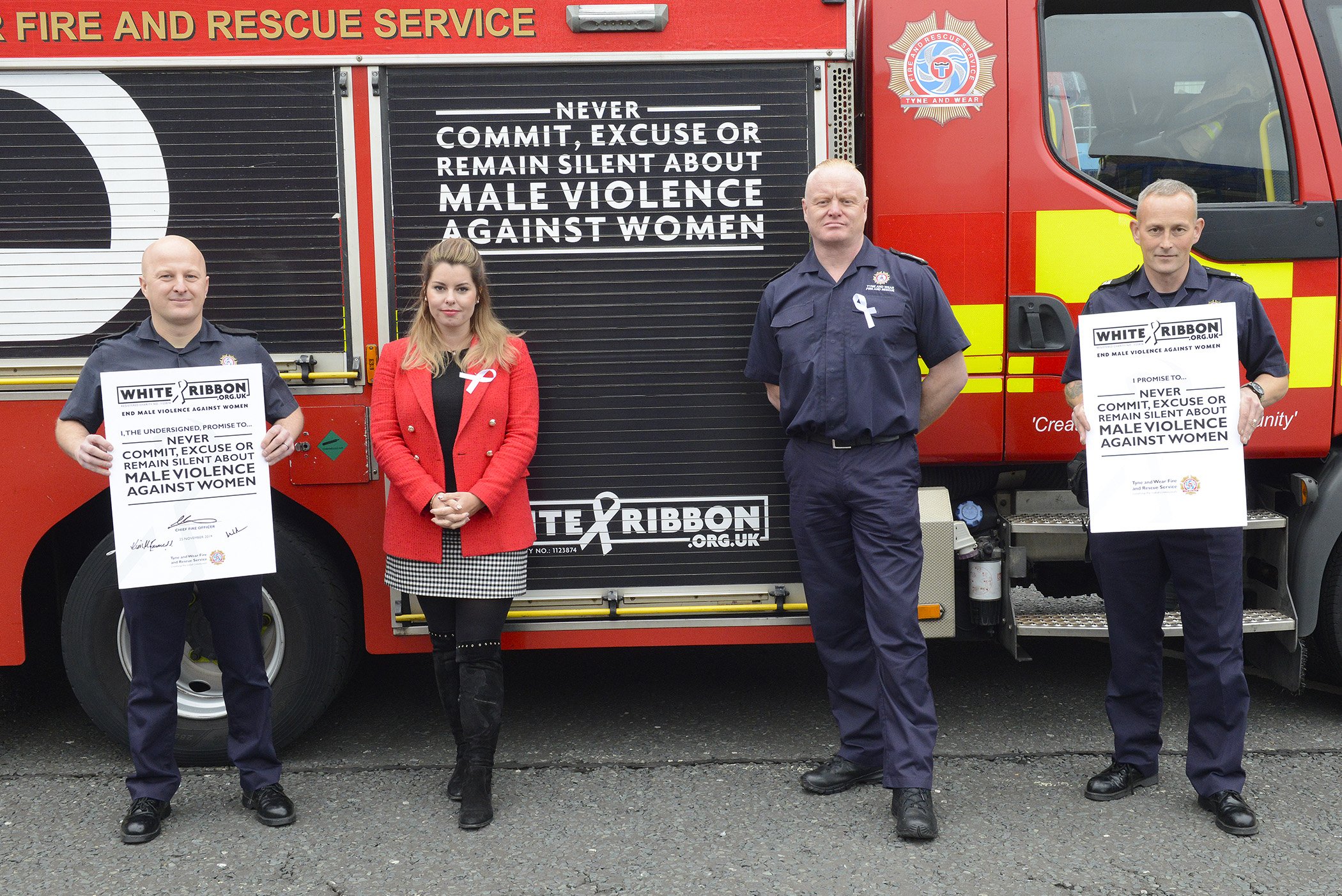 The chief of the region’s Fire and Rescue Service has today, on White Ribbon Day, called for communities to come together and say “No” to violence against women.

Chief Fire Officer Chris Lowther, of Tyne and Wear Fire and Rescue Service (TWFRS), has made the pledge in support of White Ribbon Day.

He has joined groups and organisations from across Tyne and Wear in supporting the national and international campaign.

White Ribbon Day is now in its seventeenth year and is led by men who are calling for an end to men’s violence against women.

It is celebrated today, 25 November and is also followed by ‘The 16 Days of Action’ – with this year’s leading message being #AllMenCan.

The awareness day, and subsequent activity, hopes to engage men and boys across the world to make a stand against violence. It is also hoped for all men to fulfil the White Ribbon Promise to never commit, excuse or remain silent about male violence against women.

“Tyne and Wear Fire and Rescue Service is proud to play an important role in White Ribbon Day and the 16 Days of Action.

“We actively promote openness and diversity throughout the Fire Service and support the integrity of the campaign all year round.

“We urge our male firefighters, staff and crew to identify and action the White Ribbon Promise and we hope our communities can get behind it too.”

“Violence against women and girls is not a women’s issue; it’s not about us, as women, keeping ourselves safe. Society needs men speaking out about male violence, challenging it, committing to ending it. This is why White Ribbon is so valuable. The message is gaining momentum and we must seize this. Ignoring a problem only means it gets worse. We have to work to prevent it and we will.”

As an accredited White Ribbon Organisation, TWFRS will be delivering and attending both internal and external events alongside their key partners to show their support for White Ribbon Day.

This will be represented in some of the following actions and events:

·         #16Days – Workie Ticket Theatre Company is hosting a special event at the Dovecote Centre in Able (Monday 29 November starting at 12noon). People can make their own ribbons, take part in a discussion entitled “What next for Women?” and also watch the premiere of a short film made by North East women called ‘Her Primal Scream’ (tickets are available on Eventbrite)

·         Online Lunch & Learn event hosted by TWFRS looks at Violence Against Women and Girls (Thursday 9 December, 12noon to 13:00) the event is being facilitated by Joanne Douglas of Safe Newcastle – one of the questions being addressed is “What can I do to help?” For further information please contact lisa.morrison@twfire.gov.uk