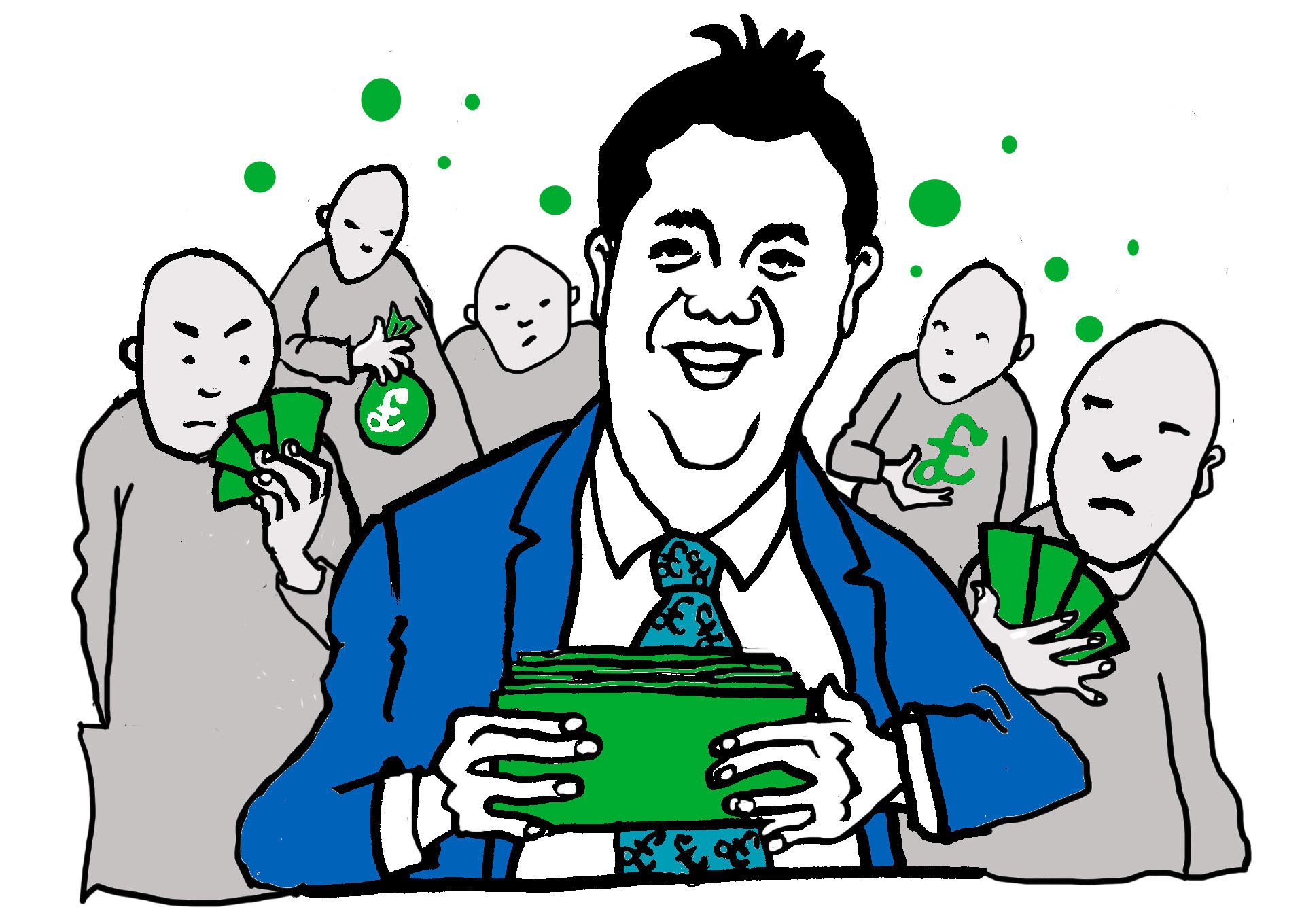 Ben Houchen, it seems, is unstoppable. Whether it’s bringing Teesside airport back into public ownership, or organising nostalgia tours round the South Tees Development Site; he has the ability to tap into precisely those things that people in this area get enthusiastic about. His plans for the Tees Valley suggest a vision for the future. His negotiations to reclaim the airport and to buy back the site of Redcar Steel from the group of Thai banks that held it previously, show he has the ability to deal with the detail as well as the big picture. There are, of course, those who dislike his politics; while there may be room for criticism, he is not to be dismissed lightly.

His elevation, from small business owner to metro mayor has earned him lots of friends and admirers. Some admire him enough to send him donations. The big ones are published by the Electoral Commission, as required by law. This legal requirement is in the interests of transparency and helps to shield those in public life from baseless accusations of receiving backhanders. All of the donations listed on the page below are legitimate and above board:

A selection of Ben Houchen’s donors

As is clear from this table, Ben Houchen pulls in a lot of money, which is fortunate, because he spends a lot. It was reported last year, between October 2018 and September 2019, that he spent £30,200 on Facebook ads; thousands more than any other British politician. Houchen insists, and we have no reason to doubt him, that no public money was spent on this advertising. Although, given the level of donations he doesn’t actually need public money.

Some of his donors are well known. Sir John Hall, former chairman of Newcastle United FC, and his wife are long-term donors to the Conservative Party. Fifth capital, directors Marc and Caroline Pennickare also donors to the Conservative party. Marc Pennick was the person who chartered a helicopter to fly Boris Johnson and Simon Clarke MP up from London in April 2019 to support a fundraising event for Houchen. Steve Gibson, chairman of Middlesbrough FC and board member of the South Tees Development Corporation, is also well known to people in this region. Some of the other names may be less well known at first sight; David Soley, for example, may not be a household name, but he is the non-executive chairman (unpaid) of Teesside International Airport Ltd (TIAL) and director of the company – Goosepool 2019 – its commercial arm. He is also a director of Ramscove Ltd that made two donations totalling £15,000.

One of the directors of Askaris Technology, Richard Upshall, was co-director of RU Active Ltd, the company (now dissolved) that Houchen ran before becoming mayor. Upshall’s support for Houchen also comes as little surprise.

A more questionable donation comes from a company called GBMW Ltd, whose sole director is former Stockton South MP, James Wharton. The issue around Wharton is the prominent place he holds in the recently published report on Russian interference in British politics. Wharton received £25,000 in donations from companies belonging to Alexander Temerko, a Russian National Wharton is now a paid adviser to one of these companies – Aquind Ltd. (What he advises the directors of Aquind Ltd on has never been disclosed). Fairly or unfairly, this means that there is now suspicion of Russian backing for any donations from Wharton himself.

The donation of £10,000 was remarkably generous, given that GBMW Ltd, in its last filing, had capital and reserves of £186,000; £65,000 of which was in the form of a loan from Wharton. This means it gave a little under 10% of its value as a gift to Ben Houchen. Wharton will shortly be in a position to lend his company even more money as he is currently in the process of being appointed to the House of Lords. Transparent or not, receiving money from Wharton may not be a good look for any aspiring politician.

It TVM’s habit to contact those we write about to invite them to comment on the issues raised. This, as it turns out, is a problem when it comes to contacting GBMW Ltd, as, apart from a Darlington address, they publish no contact details. So, we went to the address given to make inquiries, only to find no sign of GBMW, but instead a firm of accountants – Mollart & Co. They knew all about GBMW, as it turns out, as they do their accounts. And although, as they told us, GBMW has no email address that is available to the public, TVM can send an email via Mollart’s. The episode led us to reflect, however, on how exactly, GBMW Ltd conducts its business, given that it is so shy with its contact details.

Tees Valley Mayor, Ben Houchen, has also been contacted for comment on the issues raised in this piece.

Kiribati: an island nation being murdered by the industrialised world