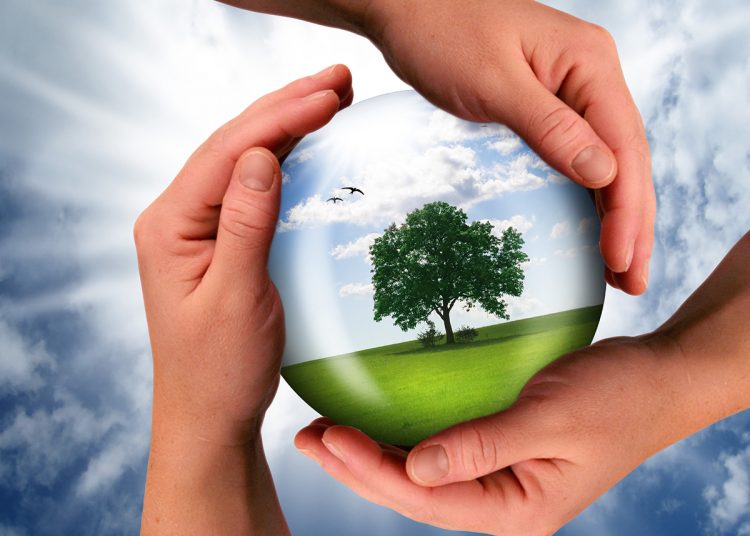 Start with a conundrum.  The way the Greens have sold their agenda has been nothing short of world beating. The public are ‘doing their bit’, business has realised that there is money to be made in ‘green’ business, and the government and local councils are more than happy to stamp ‘green’ over almost every economic initiative they invent. The UK’s Green party is a vital part of a global movement that enjoys overwhelming public support. Along comes an election, however, and the Green party candidate is lucky if they rescue their deposit. Why the disparity?

Move on to the Hartlepool hypothesis: people in Hartlepool are interested in the town, in investment in the town, in the chance for their kids to have a future without having to move away, for people to get the services and welfare they need whether that be health services or the ability to look after their families without recourse to food banks. Your climate change agenda is OK but it is global, not local. So, don’t expect a community that is on the back foot to be in the vanguard of that.  You just don’t do the bread-and-butter stuff.

So, I went in search of Rachel Featherstone, Hartlepool’s Green Party candidate, to see if she could stitch together the Hartlepool malaise and the global climate crisis. Does she really have agenda for a hard-pressed post-industrial town, or is it all just COP 26 and bags for life with nothing in between?

One issue that I think must be on people’s minds in the town is the crisis at Liberty Steel, which has a workforce of around 250.  I asked Rachel how she thought that crisis  should be resolved. She was quite adamant that Liberty had to be saved, but it quickly became apparent that this didn’t involve bailing out its owner Sanjeev Gupta. It’s the industrial plant that matters, because firstly steel is essential for building the green infrastructure of the future, and the enlarged carbon footprint of imported steel is not an attractive option. As for future ownership of the company, she says, “I think the government have to buy it out, nationalise it in the first instance, and then make arrangements for the workers to be able to buy it and run it as an employee cooperative, so that you’ve not only got their wages coming into the town, you’ve got their dividends from their share of the company as well.”  And goes on to say that she envisages an ownership structure like that of John Lewis.

The government is much more non-committal, with its “all options are on the table, including potential public ownership, to protect thousands of threatened jobs at Liberty Steel”, as Business Live reported recently.

When it comes to levelling up funding, Rachel is scathing about the level of investment the town has received, as compared to that enjoyed by the constituencies of certain Conservative MPs, which is fairly predictable. Had the town received something approaching the level of funding it needs, she thinks that it could have been well spent on the regeneration of the town centre for leisure and recreation. That much is also fairly predictable.  But she then goes on, “… also redevelop the town centre as housing because when people live in a … [town] centre they’re close to public transport links, they’re close to shopping, they’re close to employment. [So] they don’t have to travel so far because everything’s on their doorstep.”

And public transport is a theme she comes back to several times, usually regarding its inadequacy and the lack of political will to make real, and sustainable, improvement. She talks of the need for better bus services – “The priorities seem to be all wrong.  So, we’re investing in an airport … when you can’t get a bus to certain parts of Hartlepool after eight o’clock on a night”.  Elsewhere she has spoken extensively about the need for significant improvement in the rail network.  In one recent video, she describes her frustrations as a rail commuter, and, unforgettably, comments that it would be quicker to make her journey to work by horse rather than use the train service from Hartlepool.

She complains that the government prioritises roads over rail.  So, I took her to task over this and put it to her that some people might argue that, with the introduction of electric vehicles, the environmental impact of road travel is revolutionised, and so the need for rail investment is less pressing. She objects that the point of public transport is that it works for everyone, while not everyone can drive, or own a car. She also points out that the electricity used to power them may not be clean. (The point has to be made that this seems to be using issues about electricity generation, that is also used to power newer modes of public transport, as much as it is an issue about electric road vehicles, but Rachel was in full flow, so I didn’t interrupt). She goes on,

“The other thing is, they need roads to run on … and the more people get these cars the more roads we have to build, because it gets congested and we’re paving over more and more of the green spaces. Now that can’t be the way to go when we’re trying to stop climate breakdown.”

While some may object that Rachel understates the complexity of the transport issue, and that the   distinctly local problem does not really feature at this point, we think it worth pointing out that if there were a competition to choose the most potent symbol of the way in which this region has been neglected, the appalling state of its public transport network would be a strong contender for the prize. One of the problems that this generates is that it therefore difficult for people to imagine what an effective public transport network here would be like and how they would adapt their lifestyles to it.  It’s easy for discussion of the development of public transport to appear quite abstract.  Yet if we are to seriously grasp the nettle of a carbon-neutral future, the issue of transport generally needs to be properly addressed.

Getting back to Hartlepool economics, we ask about the potential of the freeport to provide economic stability and employment growth. We began by observing that the freeport would bring manufacturing and warehousing to the area and asked if this was sufficient to regenerate the town’s economy.  Rachel does not mince her words.

The answer is no.

Experience elsewhere, she says, indicates that freeports are not an engine for economic growth.  Firms are enticed into those areas by the promise of tax-breaks, but it is essentially a zero-sum game. Now some people in Hartlepool may take the view that, after decades of economic stagnation in this region, the prospect of firms moving their operations from less neglected parts of the country and into the Tees Valley may be the acceptable face of regeneration. But, as Rachel points out, firms moving house is not just a case of moving from elsewhere in the country into the Tees Valley, it is also a matter of firms within the region moving into the freeport area. In this case there is no manifest improvement in employment levels, despite the claims made by the proponents of the scheme. Nonetheless, she agrees that a freeport will bring some jobs to the area.  But there’s a caveat. In essence she accepts the opening proposition that the freeport brings job opportunities only within a fairly narrow, and low-skilled, range.  She says,

“So … [we] are being asked to accept low quality jobs in place of the high-quality jobs that we’re capable of, and we should be getting in this region.  We’ve got so many skilled workers in this region and instead we’re being fobbed off with pie-in-the-sky schemes like this.”

But if Rachel finds the idea of the freeport underwhelming, that raises the question of how exactly the town’s regeneration is to be achieved.  We ask her to explain specifically what she thinks needs to be done to generate home-grown business in the town.  In response she starts to talk about her party’s proposal to introduce Universal Basic Income, or UBI.  She explains that this involves every adult being given an income sufficient to live on.  When people have this safety net, she explains, this encourages entrepreneurship, and you see the growth of independent business, as well as enterprise based around the arts and culture. She goes on to observe that a lively cultural scene is something that brings people into the area. It’s certainly radical, and at one time would have elicited rebuke around the need for a magic money tree to finance it. But, as Rishi Sunak appears now to have located that tree, perhaps the idea has a future.

Hard now to deny that Rachel addresses local issues, whether it’s the uniquely awful state of public transport in the area, or the general relevance of her party’s policy of UBI to stimulate entrepreneurship and home-grown business.  But there remains the question of how to achieve the goals she has stated, given the generally poor performance of her party’s candidates in elections.  In response to that, Rachel laments the unrepresentativeness of the first-past-the-post electoral system, but insists that there is still a great deal that people in minority parties, even ones with no MPs, can do to persuade those in power of the need to pay attention to their agenda.

“Look what UKIP achieved”, she says.

Right.  Didn’t see that one coming.

The public health impact of the policing bill