October will be a month of dread for too many people in the United Kingdom. It is when six million of the poorest households will lose £20 a week because of benefit cuts. 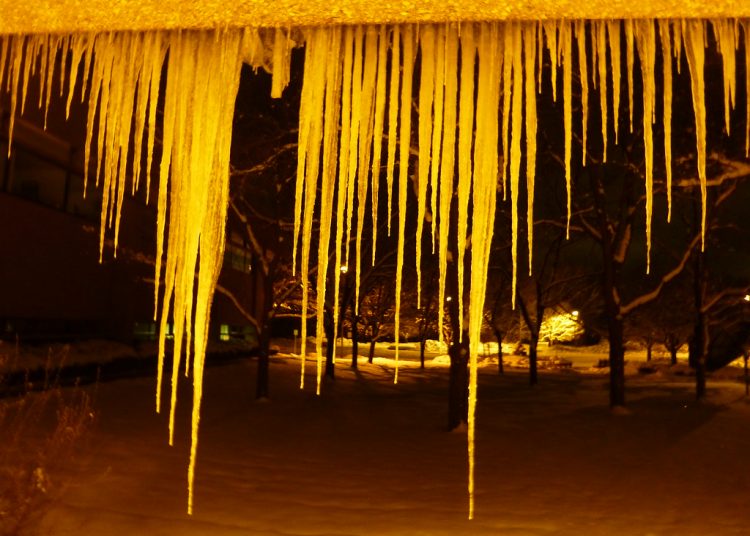 October will be a month of dread for too many people in the United Kingdom. It is when six million of the poorest households will lose £20 a week because of benefit cuts. The Job Retention Scheme, better known as furlough, comes to an end. On top of this, the fixed cap comes off energy prices. Sadly, some of the most vulnerable people will be hit by all three blows. Issues around fuel supply, potential food shortages and Brexit will undoubtedly raise the rate of inflation. And it gets no better next spring.

Earlier in the year, when the £20 benefit cut was first due to take place, there was strong opposition from some Tory backbenchers. Recent Cabinet changes, lots of strong-arming by government whips, veiled threats of marginal seats not receiving ‘levelling-up’ funds (what we used to call pork barrel politics), mean this is likely to slip through, no matter how loudly Marcus Rashford and other campaigners continue to object. This has particular implications for the North East and child poverty.

Benefits are complex and unless we are trapped in their horrific world, we try to insulate and separate ourselves from them. So when we hear Therese Coffey, the Secretary of State for Work and Pensions, claim that the £20 cut in Universal Credit (UC) can be made up by claimants working an extra two hours a week, it doesn’t seem to be that bad. However, this indicates either a huge amount of ignorance or a deliberate intention to mislead. Only two out of five people who claim UC are in work; of those in work most will be on the minimum wage of £8.91 (for over-23s) and even for those in work, there is a taper of 63p for every pound earned. There are also deductions for National Insurance, Income Tax and pension contributions for some, as well as childcare costs. The Resolution Foundation calculated that some claimants in work would need to work an extra nine hours a week to make up the £20 cut.

Devastating impact on the North East

Make no mistake, this cut will have a devastating impact here in the North East. The North East Child Poverty Commission noted that:

Research published last month by the Joseph Rowntree Foundation illustrates the impact on individual parliamentary constituencies. 21% of all working age families will experience the £1,040-a-year cut to their incomes from 6 October. They claim:

“this cut will impose the biggest overnight cut to the basic rate of social security since the foundation of the modern welfare state”.

An end to the furlough scheme

The furlough scheme ends on 30 September and employers will have to take hard decisions on the future and viability of many jobs. Some businesses have been propped up artificially throughout furlough. For others, rising costs, changing markets and external pressures mean many jobs are no longer sustainable and can’t be maintained without external support.

Since March 2020 11.6 million UK workers have been furloughed because of Covid-19. By August 2021, this figure was 1.6 million people.  The Office for National Statistics reports an estimated 953,000 job vacancies from May to July 2021; a record high. However, not all of the people who will be made redundant will fit neatly into one of these vacant roles. A study from the LSE Programme of Innovation and Diffusion released in August 2021 noted that one million workers are employed in businesses which fear closure. Inevitably some sectors are being hit disproportionately by the impact of Covid-19 with the entertainment, retail and travel industries relying more heavily on furlough support.

No-one can have failed to predict the price increase with energy cap changes on 1 October, well that is except the government apparently. However, the massive international increase in gas prices (albeit the UK has some of the highest gas market prices in Europe), the rapid collapse of smaller energy providers, depleted gas reserves and the failure to rapidly expand green energy and invest in a sustainable home insulation programme will mean an increase of energy costs of up to 40%. This increase in prices will drive an extra half million people into fuel poverty.

In the last week, as the delivery driver crisis worsened, we saw more empty shelves in supermarkets and the inevitable shortages in some petrol stations. All of these hazards will lead to an increase in inflation, at a time when our poorest households are facing significant benefit cuts. UK inflation made its biggest jump on record in August 2021 (3.2% in August up from 2% in July). The public sector pay freeze (teachers, council staff, firefighters, police civil services and armed forces) imposed in November 2020 on1.3 million workers means an in-year cut for them; whilst the NHS workers 3% pay deal is more than erased by this jump in inflation.

Make no mistake, these are not a set of unrelated and unfortunate circumstances, but indicate the structural and political malaise within the UK government. It reacts to individual crises separately and refuses to recognise the connections between climate emergency, poverty and the impacts of Covid-19. It is the interventionist approaches where the state has been forced to take action, such as furlough, which have worked and provided protection.

It will be interesting to see how all of this rebounds politically and will it be petrol, rather than poverty or prices that will prove poisonous to the current government?

But winter is coming and there will be too many people outside the castle walls.

Should Middlesbrough be granted city status?