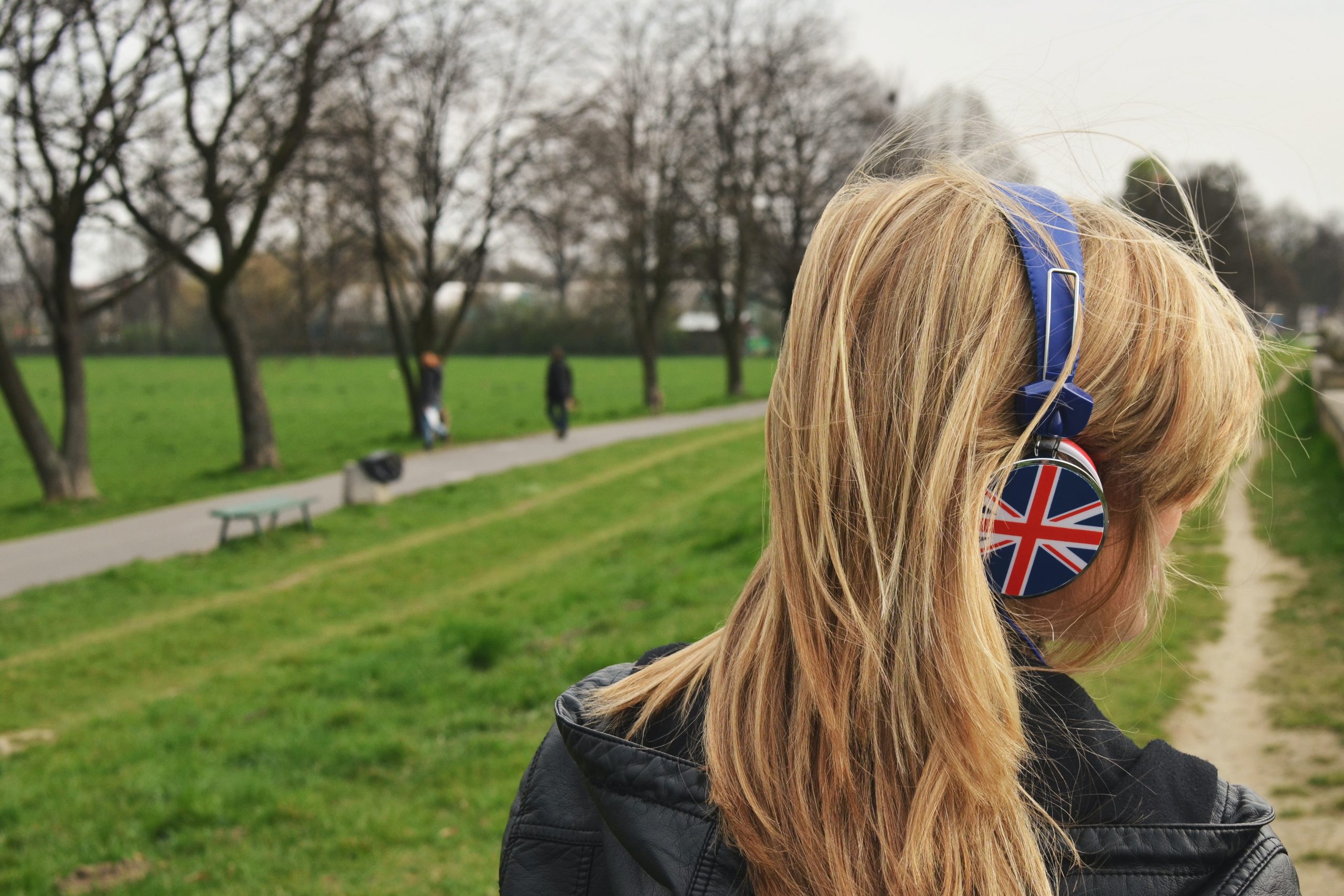 Photo from breakingpic on Pexels

Last time I protested outside the House of Commons, I had a placard denouncing the Tories as far-right, whereupon a Tory supporter countered to me, “but what does it even mean, far-right? Everyone’s a fascist, everyone’s a Nazi. It’s meaningless now.” Curiously, he sported an English flag lapel-pin. Why not a British Union pin, I asked. “I feel English,” he replied. But not British? “English.” Yeah I get that, but why not British? “I don’t feel British. It’s not a thing. I’m English,” he replied, getting agitated, then grinding his teeth about “pro-immigration lefties” before warming to other suspiciously far-right themes.

I though this odd, considering Brexit is ‘Britain’s exit’, not Engxit. This March, we have the 2021 UK census, for which some pro-EU Brits are plotting to mark themselves down as European. A map showing the results of the last census in 2011  shows how the people in Great Britain’s three nations, Scotland, Wales and England, overwhelmingly identify as those nationalities, staunchly so in Scotland although they voted to keep the Union three years later, whereas those identifying as British are contained only in the metropolitan elite city of London, home to hundreds of languages from the world over, and in Unionist counties in Northern Ireland.

So who are the British, and where will they be found, or go, if the UK breaks up, as demands for referenda for Scotland and NI take hold, the Sunday Times reports.  For that reason this may be the last census, as well as the Office for National Statistics making such advances in harvesting and harnessing near real-time data from digital sources the once-a-decade census seems very cumbersome. Only, it may be the Cummings-Cambridge Analytica wonks seeking to feed the ONS’s “very forward-looking data science”  through their in-house algorithms that delivered the Brexit that may see the UK fragment.

Britain’s world has been reducing since we ‘won’ WWII. A few years ago the Guardian published a series of maps illustrating the break-up of the British Empire post-war.  An inexorable decline, initially with great violence, like the partition of India, the Malay emergency, the Mau Mau in Kenya, then more peaceably as inevitability became apparent, throughout the 70s, 80s, and 90s, disintegrating like an ice-sheet, countries floating away like glaciers into the oceans.

Still, most would join the UK’s global club, the Commonwealth, atop which the UK sat. And the UK itself was also increasingly embedding into the EEC, then the EU, providing sovereign British citizens the chance to conquer an entire continent on their doorstep as entrepreneurs, students, retirees, creating businesses and families in their own castles strewn from the Irish Sea to the Black Sea.

Of course the paroxysm of Brexit torched all that in 2020, as the map tweeted by Labour MEP Seb Dance illustrated.  Brexit, meant to reassert itself globally , divided the UK’s own internal market – within the very sovereign entity of the UK itself –  with a border in the Irish Sea between Northern Ireland and GB.  So bad is Brexit proving, as well as Westminister’s clear disdain for Holyrood, the drive for Scottish independence has reignited with vigour, particularly as Zoom meetings in MPs’ homes now has them all hanging the Butchers’ Apron Union flag, stoking the fires of independence. So bad is Brexit, the plucky British outpost of Gibraltar has opened its borders to Europe by joining Schengen.

A Brexit driven through in the face of a pandemic that has left the UK with a truly “world-beating” death toll, a “world beating” death rate, and for all that, the worst economic damage.  A Brexit all about “taking back control of our borders” that left airports open and unguarded for anyone the world over to fly in more plague. The plague augered the triumphant return of the nation-state, argued Fraser Nelson in the Daily Telegraph last March, and the British state particularly, as the best means to fight the plague, in a piece that has aged badly, to say the least.

Now it wasn’t British exceptionalism that saw HMG refuse the offer of 50,000 ventilators from the EU, because that wasn’t actually true, it was the UK Govt’s world beating ineptitude vis-a-vis a“communication problem”  that saw it miss out. But HMG’s claim that leaving the EU enabled the UK to deploy the Pfizer vaccine before any other European country was also untrue. Not that it mattered when plucky elderly Brits patriotically refused the Pfizer vaccine, preferring to “wait for the English one” . Because plagues respect British bulldog spirit!

What does the British brand now deliver? We took back our blue (black?) passports from the EU, only to have them made by a French company in Poland, their import delayed by Dover border chaos, and far-right thug Steven Yaxley-Lennon, a.k.a. Tommy Robinson laughing that he has an Irish passport affording him freedom of movement  – um, because the Brexit he sought has devalued the beloved British passport, robbing us of freedom of movement.

A freedom of movement denied to musicians and artists from the UK working in Europe due to the full prohibitive costs of visas and carnets – something the Tories chose to do in an exceptionally grostesque act of spiteful nationalism to prevent reciprocal touring by European musicians, as but one of a ziggurat of proof that the globe-strutting UK’s deal with the EU is vastly inferior to what it had. Even the much celebrated trade deal with Japan is limp. Brand Britain delivers shoddier goods.

Then we have Johnson’s secret order to civil servants to strip references to the EU from tens of thousands of UK laws  in “Operation Bleach”, as secret in cost, time and resource by the Cabinet Office and civil servants, using resources better spent on making Brexit work or reducing our world-beating plague death-toll. This effort is ostensibly to prevent Brexit being easily reversed should the Tories ever lose office, but also insidiously expunges Europe from the UK’s laws, constitution, as if the UK’s integral membership in and partnership with the EU never happened.

And there are the sheer gratuities: Replacing ERASMUS with the Turing scheme has provided some assuagement, but nothing ever prevented HMG augmenting the former with exchanges to other countries, and funding for Turing’s is less than the UK’s share for ERASMUS, does not cover tuition fees, and covers a far larger area. Similarly, years of fears over the loss of the European Health Insurance Card, making travel to Europe prohibitively costly for many, effectively killing off those with uninsurable health conditions who benefit from southern Europe’s drier, sunnier winter climates, are relieved by the UK‘s Global Health Insurance Card. But why all the worry, and expense, of setting upa parallel system with augmentations the UK could have done all along?

It is all so redolent of the insane Year Zero nationalism espoused by Steve Bannon, whose dream of reviving the power of nation-states by rebooting xenophobic nationalism as the primary political ethos and motive, supplanting and destroying all supra-national blocs like the WHO, UN, and the EU. To whit, we saw Nigel Farage choose to accept Bannon’s mission  to eradicate the EU from the UK’s life, by its very mention.

And though all of this is helping stoke the break-up of the UK, something long predicted, hyper-nationalists like Farage even accepted it, saying that Wales, NI, Scotland breaking away from the UK was a price worth paying for Brexit.  Seemingly the bulldog-spirited Conservative & Unionist party agreed, circumventing the immovable sticking point of the Backstop in Ireland, by delivering a border in the Irish Sea, over Johnson’s apparently not-dead body.

Understandably, said border has upset the DUP, who the Tories bought in 2017 and sold in 2020, as well as stalwart Brexiters, like Ben Habib, the public-school educated child of immigrants, who Tweeted “the Brexit war is not over”, and it would betray the Union “to down arms now” over such a border. His feisty talk conflicts with his Brexit Party colleague and Ulsterwoman Kate Hoey, who argues the Brexit the people of Northern Ireland voted for (actually they voted Remain) is undemocratically prevented by the threat of renewed terrorism. What she means is her Brexit breaks the Good Friday Agreement – an agreement she fails to mention was something the majority of people of Northern Ireland voted for.

But NI is expendable. The fledgling right-wing news channel GB News by its very name excludes Northern Ireland. Farage may be rebranding the Brexit Party as the Reform Party, and in contrast to his earlier position, has launched it in Scotland to counter moves to independence (the Tories are also worried, with Michael Gove heading a unit dedicated to stopping Scottish independence).

Hence the greatest truth underscoring Brexit has been its inconsistencies, in a country undecided in its components, its branding, its relationship of power within, is it the UK, are we British, is that with Northern Ireland or not, or as English, as Scottish, as ‘global’ without being globalist, as so many Brexiters blamed globalism as much as they blamed Brussels.

Yet, those who clad themselves in nationalism the most, putting the flag above every other consideration – including life and death, the freedom to move – the people like Farage, Rees-Mogg, Bannon, are all international financiers, brokers, hedge-funders, international networkers . They are apex globalists whose profits derive from capsizing national economies in a breath.

And the ‘true’ Brits are cut off on another island, already still half under the aegis of the EU, and potentially entirely all over as NI very feasibly reabsorbs into Ireland.  The Unionists who are also Protestants. Again, a personal reflection, but when on holiday in Belfast last year, we were struck by a massive mural on the end-of-terrace house on a Unionist street, celebrating William of Orange, the Dutch king whose alliance of European states successfully invaded and took over the British Isles in 1688. The Orange Order originated with domination by European powers. Such puzzling, violent ironies.