Chi Onwurah recognises the amazing contribution that women make to our country and is committed to tackling the challenges they still face. 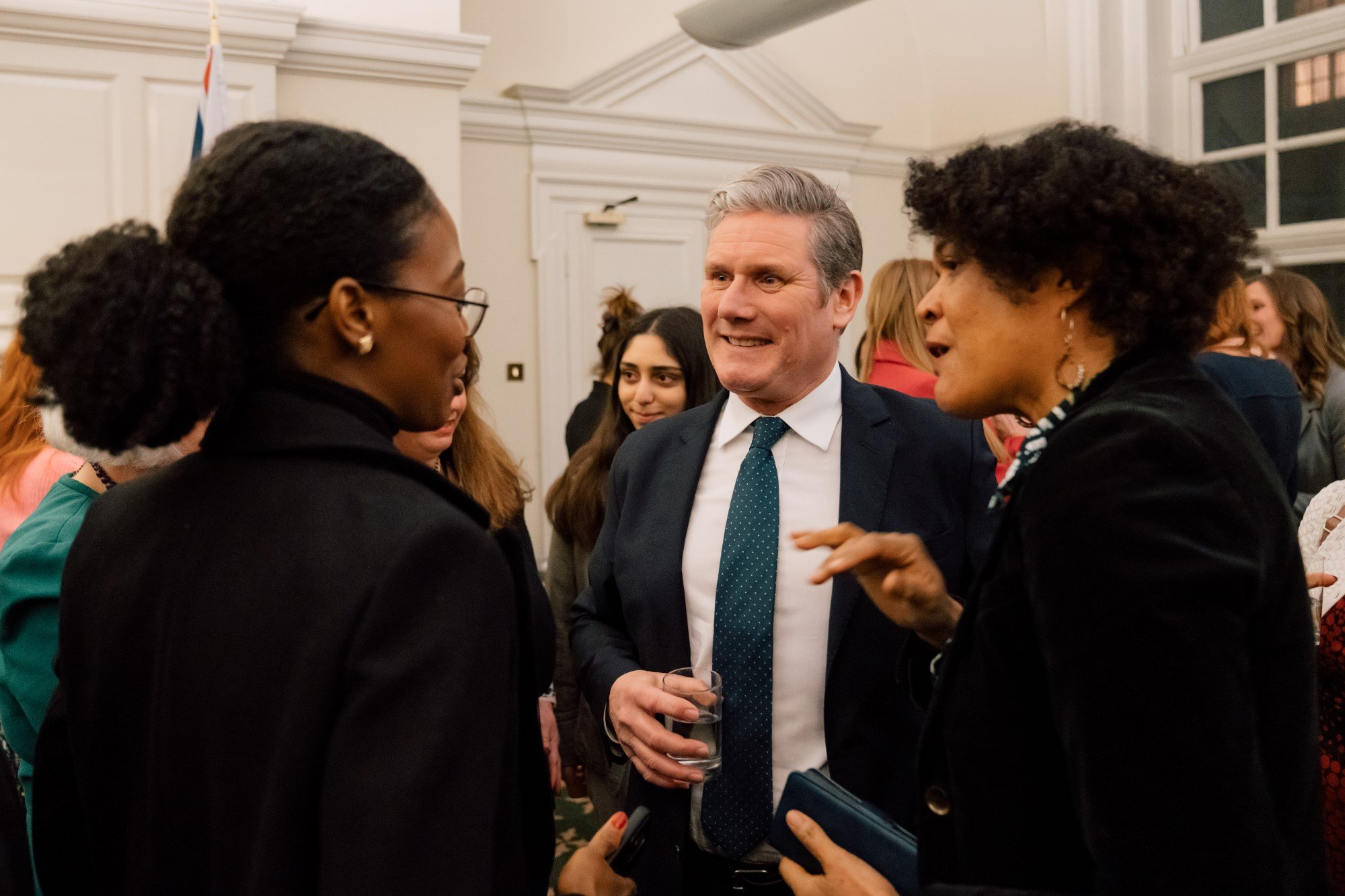 On the eve of International Women’s Day, Labour leader Keir Starmer, deputy leader Angela Rayner, shadow chancellor Rachel Reeves and shadow women and equalities secretary Anneliese Dodds hosted a reception in Parliament for women entrepreneurs who the party says “hold the key to a stronger economy”. Chi Onwurah, MP for Newcastle Central, was joined at the event by Ngozi Ossai to celebrate the success of women-led businesses in Newcastle Central. Ngozi is the owner and founder of Gozi Haircare.

To coincide with the reception, Labour pointed to statistics that show that women-led SMEs contribute around £85 billion to the UK economy and that diverse companies are more commercially successful:

The Labour party argues that there is more to be done. The government’s own figures show that only 16% of small business employers and one in three entrepreneurs are women, and a recent report by the Fawcett Society revealed that just eight FTSE100 CEOs are women.

Labour would back the creation of 100,000 new businesses across the UK in its first term of government, as well as boosting family-friendly employment rights, introducing gender pay gap comparisons across companies and acting to tackle workplace harassment.

“Women hold the key to supercharging our economy as we recover from a pandemic that hit women disproportionately hard.

“Companies that have more women at the top perform better – and women-led small and medium sized businesses contribute billions to the economy.

“That’s why Labour would put women at the heart of our recovery by backing women in business by creating 100,000 new start-ups, bringing in stronger family-friendly rights and equal pay comparisons across employers, and cracking down on workplace harassment.

“On International Women’s Day we recognise the amazing contribution that women make to our country and commit to tackle the challenges they still face. Labour will give women the security, prosperity and respect they deserve.”

“Women like Ngozi hold the key to supercharging our economy to get it back on track as we recover from a pandemic that hit women disproportionately hard.

“On International Women’s Day we recognise the amazing contribution that women make to our country and commit to tackle the challenges they still face.”

“That’s why a Labour government would give women the security, prosperity and respect they deserve by backing women in business and industry and introducing stronger family-friendly rights.”

“It was very encouraging to be in a room filled with inspiring female entrepreneurs and women in the industry. The progress of having more women in the room is definitely positive and motivating. Attending the International Women’s day reception in the Parliament and listening to the Labour Party’s Manifesto which includes plans to back and support women in overcoming the challenges faced in the society was uplifting and promising.”

A reprieve for Liberty Steel, but still “far from out of the woods”