There are plans for a monthly protest at the proposed women's detention centre at Hassockfield, County Durham. 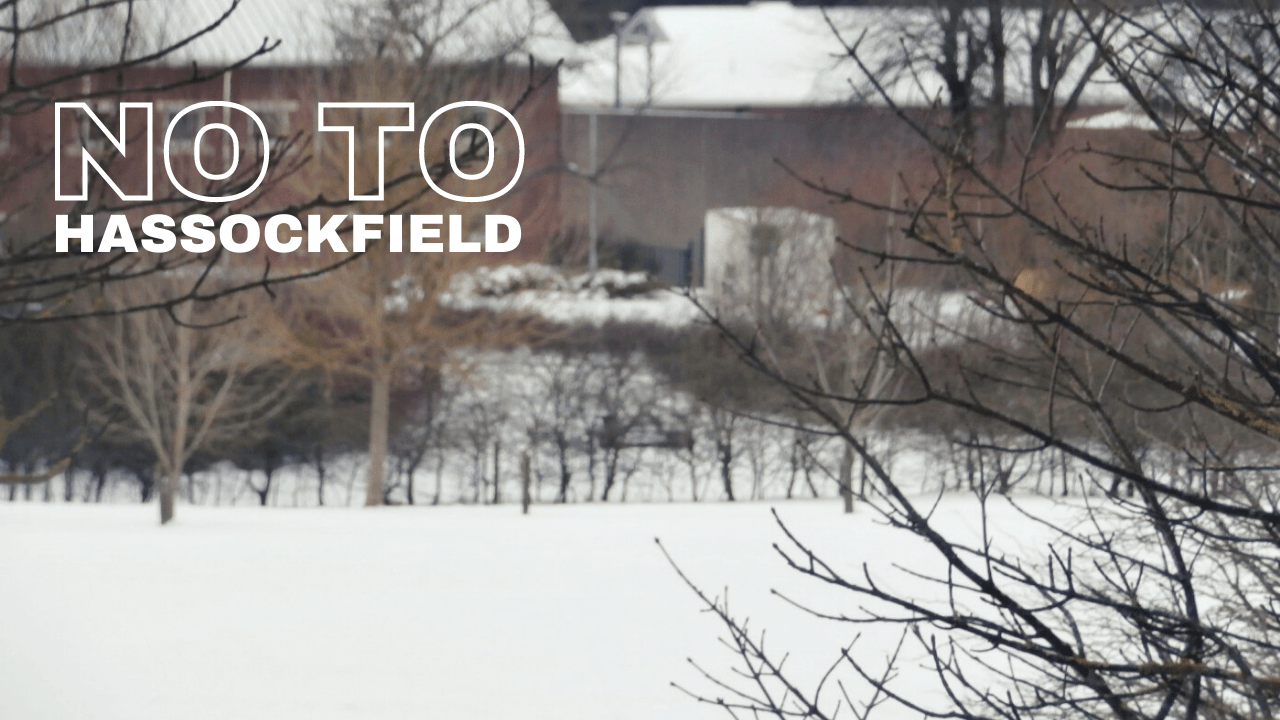 A coalition of local people and campaign groups from across the country will protest against the proposed detention centre in Consett, County Durham, on Saturday 21 August. This will be the third demonstration organised at the site and the first of regular demonstrations happening on the third Saturday of every month.

If it opens, the centre will detain women with insecure immigration status who are at risk of deportation by the Home Office. Detention is an inhumane practice that has been responsible for the harm and traumatisation of migrant communities. Deportation puts individuals at risk of persecution in the country from which they fled and tears families apart. While detention of any kind should not be used, it should be noted that the UK is the only member of the 47 Member State Council of Europe to use the inhumane practice of indefinite detention. Many people with lived experience of detention have described it as prison-like or worse in its conditions.

Julie Ward from No to Hassockfield said:

“As a former MEP who served on the Women’s Rights and Gender Equality Committee I am appalled that given the horrendous situation in Afghanistan, especially for women, and elsewhere in the world, the Home Office is continuing with their plan to open a new women’s detention centre in County Durham. We should be offering sanctuary and safety to those who are fleeing war, persecution and extreme poverty. Instead, this new detention centre and Priti Patel’s new immigration Bill will needlessly lock-up more people and, in this instance, plan to deport more vulnerable women to dangerous and deadly situations. I am involved in campaigning against this proposed detention centre and for women trapped in Afghanistan because the issues are interlinked. Women here and around the world deserve freedom and dignity, regardless of their background or immigration status..

J from the Abolish Detention campaign was detained for over six months in the Collingbrook, Harmondsworth, and Campsfield Immigration Removal Centres in the UK.

“Detention is a horrible place,” they said. “It is worse than prison because when you’re in prison at least you have a release date which gives you hope. When I was in detention I suffered a lot of mistreatment. I was sent to the segregation block. I was isolated there for a long time, for refusing to get locked up behind a door. You have to do everything just inside your little cell. I wouldn’t wish it on anybody.”

The Home Office plans to detain 80 women at the Hassockfield Immigration Removal Centre (now being renamed Derwentside IRC), and its proponents claim it would provide 200 local jobs. Mitie, the company contracted to staff the facility, is notorious for their poor employment practices. GMB and Unison report frequent complaints from Mitie staff of underpayment and poor working conditions. Mitie also runs Harmondsworth and Colnbrook Immigration Removal Centres. These have been reported as poorly run, with recent inspection finding “the accommodation was in a generally grubby condition” as the “standard of repair and hygiene was inadequate throughout”. It is an example of common Home Office practices which subcontract these projects to companies that profit from the exploitation of vulnerable communities.

Durham University currently contracts with Mitie for security services and students and staff have long raised concerns about Mitie’s labour and contracting record. Members of the university community have launched a petition demanding the university cuts ties with the company. Durham Students and Staff Against Detention said: “We question how the University can support Mitie, a company that is contracted to detain asylum-seeking women. […] Having a detention centre on our doorstep undermines the university’s efforts to create a welcoming, safe and inclusive environment for staff and students and to have a positive impact on the wider community”.

No consultation with the local community was carried out before the plans were announced, despite the history of the site. In the 1960s, 70s and 80s, thousands of boys held at the Medomsley Detention Centre – former name of the site – endured horrific abuse. 1,800 complaints detailing abuse have been made by survivors. When the facility was reopened and renamed Hassockfield Secure Training Centre the violence continued, causing a 14 year old child imprisoned there to take his own life. The centre was finally closed in 2015 but remained part of the Home Office ‘Detention Estate’.

A coalition of local campaign groups Abolish Detention: Hassockfield, People’s Assembly, and No to Hassockfield are now campaigning across the region at mutual aid events and village fayres to build support for the campaign in the local community. Local people have expressed anger at the site being reopened and are joining forces with people with lived experience of the hostile immigration environment to campaign to end detention.

21 August is also a national day of action for the Kill the Bill movement, in opposition to the Police, Crime, Sentencing and Courts Bill that is currently going through parliament. A spokesperson from the Abolish Detention campaign said, “The Kill the Bill national day of action events should not be seen as in competition with the Hassockfield detention centre demonstration. Both are pressing and important issues. There is a common thread: opposition to the unjust criminalisation of people. Whether those people are asylum seekers who’ve had their application denied or people with born or granted citizenship status expressing their democratic rights to protest, the Newcastle demonstration and Hassockfield demonstration will acknowledge one another.”

Churches, wells and a labyrinth: a pilgrimage with Brendan McBear