The thinking behind the new 3.5% movement is simple. It is based on the premise that non-violent protests which have a threshold of 3.5% or over of the population have never failed to bring about change. 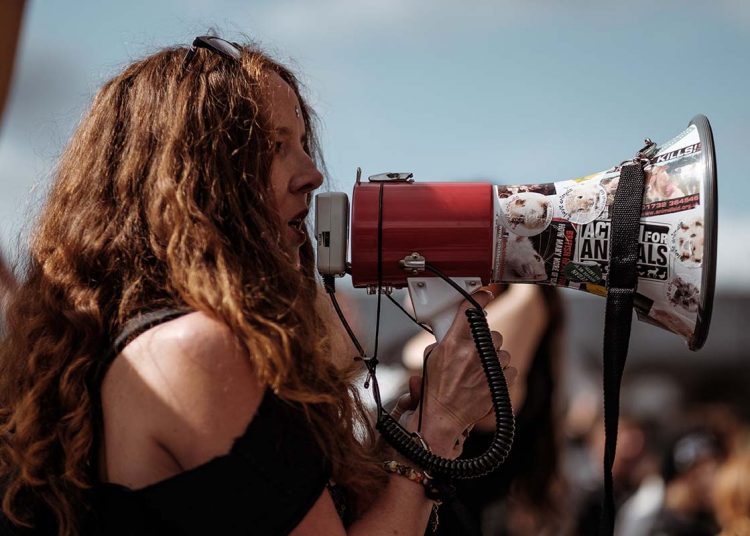 Photo by Clem Onojeghuo on unsplash

I’m scared. Not for myself, although I will be soon. No, this is for my son, my friends and neighbours and the future of our country.

I’m not prone to wild conspiracy theories, but since the 2016 referendum I have felt that what is happening is symptomatic of a bigger game; something like Maze Runner, where huge forces move to block your progress.

It has led to a feeling of “well they (the government) can get away with anything, so why should we bother trying?” There is a real sense of malaise.

The list is so long now – from the blocked Russia Report, VoteLeave funding, Johnson’s mysteriously easy ride to Prime Minister, the PPE scandal, Cummings, the A-level debacle – can no-one hold this government to account? It seems that they have no shame and it’s hard to see where to turn.

It seemed haphazard, but then a contact talked me through systems thinking and the apparently random acts suddenly made sense. The chaos, the ‘dead cats’, as they are often referred to, the manufactured instability orchestrated from behind the Georgian façade of Ockendon Rd in Islington. Not so ‘desperately random’ at all  – Hannibal Lecter would have recognised it as the mark of a fellow psychopath. But Dominic Cummings is far worse. He doesn’t just want one victim at a time. He is the conduit for a far more voracious set of malefactors.

Reading about James Buchanan today made my blood run cold. I urge you to read and make up your own mind. It made it clear to me not just why the show is the way it is, but who is in charge of the theatre. And what is on their playbill.  The theories have been filtered through shadowy obscurely-funded right wing think tanks like the Institute for Economic Affairs (IEA), Tax Payers Alliance (TPA) and Policy Exchange. Brought to the UK by Matthew Elliott (chief executive of VoteLeave) and Steve Bannon, instrumental in Trump’s campaign in 2016, the aims and strategies are identical. And when stirred by Cummings and focused through the lens of Rupert Murdoch’s news empire, the plans come into sharp relief.

Our efforts to tackle this may seem like ants throwing themselves against the Hoover Dam. The valiant efforts of individuals, groups and politicians seem doomed to fail. Unless we realise the scale of the threat and work together.

The thinking behind the new 3.5% movement is simple. It is based on the premise that non-violent protests which have a threshold of 3.5% or over of the population have never failed to bring about change.

Founder Paddy Docherty’s vision is an easy way in for thousands of people to demonstrate, organise, discuss as they wish. Already there are thousands of individuals out on the streets, recruiting, chalking, stickering and photo-bombing sites across the country including Cabinet Office, Eton School and even 55, Tufton St, home to the aforementioned TPA, IEA and the Global warming Policy Forum.

Many more plans are emerging and as the clock ticks down – 125 days as I write this – to the nuclear winter of No Deal and the potential emergence of Buchanan’s unpalatable future, the imperative is writ ever larger.

We can either work together to remove this kleptocracy now or we can suffer the consequences.