Refugee Week 2022 is a celebration of community, mutual care, and the human ability to start again. 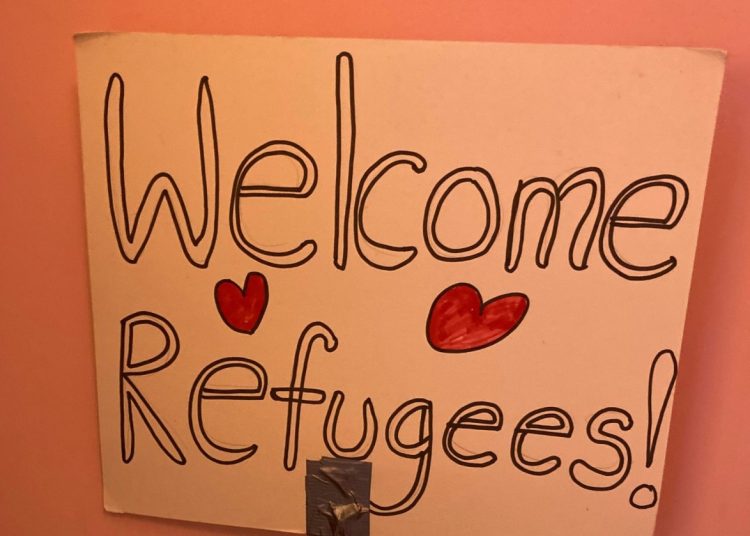 World Refugee Day is an international day designated by the United Nations to honour refugees around the globe. It falls each year on 20 June and celebrates the strength and courage of people who have been forced to flee their home country to escape conflict or persecution. World Refugee Day is an occasion to build empathy and understanding for their plight and to recognize their resilience in rebuilding their lives.

Whoever they are, people forced to flee should be treated with dignity. Anyone can seek protection, regardless of who they are or what they believe. It is non-negotiable: seeking safety is a human right.

Wherever they come from, people forced to flee should be welcomed. Refugees come from all over the globe. To get out of harm’s way, they might take a plane, a boat, or travel on foot. What remains universal is the right to seek safety.

Whenever people are forced to flee, they have a right to be protected. Whatever the threat – war, violence, persecution – everyone deserves protection. Everyone has a right to be safe.

The theme of International Refugee week 2022 is Healing.

Refugee Week 2022 is a celebration of community, mutual care, and the human ability to start again.

A discussion, chaired by Laura Nyahuye, Artist and Founder of Maokwo, explores the theme of healing. https://youtu.be/4pVxd9X4hKI

The speakers are moving; the first speaker of the discussion is Loraine Masiya Mponela, Chairperson, Coventry Asylum and Refugee Action Group (CARAG). Laraine said when discussing healing we always like talk about it’s something that you’re going to reach; we constantly chase healing but in fact sometimes it’s just about accepting your wounds which are not meant to heal. Healing could be more of accepting them learning how to live with and accept the new person that you’ve become. That person who is now, is not going to heal and that should be okay.

“ It shouldn’t be a burden that we must heal and sometimes there is so much pressure that you’re not moving on but sometimes you really can’t move on.  ..  I told people that for more than a year I’ve been trying to go back to my pre UK self and then I realised that’s not possible. I’m a new person now … I need to learn how to love the new person that I am; the UK person and that should be okay. I shouldn’t … keep chasing the idea of healing, of reaching sanctuary or heaven or that place that’s called I’m healed.”

An Amnesty International UK campaign blog posted on 9 Jun 2022 by Steve Valdez-Symonds International UK describes how Priti Patel and the British government are reducing the rights of refugees and asylum seekers.  Many will be denied their full and equal rights to asylum under the Refugee Convention. It will leave them:

Where is the hostility from?

The documentary Hostile examines where Britain could be heading if these policies are not reformed. Hostile is a feature-length documentary focusing on the UK’s complicated relationship with its migrant communities. The film focuses on the impact of the evolving ‘hostile environment’ policies that target migrants.

Yes, from some politicians:

The Scottish Greens human rights spokesperson Maggie Chapman MSP says that the xenophobia and racism of the UK’s Hostile Environment approach “shames us all”. Speaking in a debate to mark World Refugee Day, Ms Chapman condemned the UK Government’s “shabby” and “cynical” attempts “to buy its way out of its moral and legal responsibilities” and emphasised her hope that Scotland would “take up the duty and privilege so shamefully dropped by Downing Street.” Following the debate, Scottish Green MSP Maggie Chapman said:

“The shabby, cynical attempt of the UK government to buy its way out of its moral and legal responsibilities is a new low, even by Boris Johnson’s standards.

“A tiny proportion of the world’s refugees make the difficult and dangerous voyage to Britain. The UK government has deliberately failed to provide safe routes for them. Now, those forced to use unsafe ones are to be further punished, flown to Rwanda, thousands of miles from the support networks they struggled so hard to reach.

“The xenophobia and racism embedded in the UK’s Hostile Environment approach shames us all. Scotland will, I believe, take up the duty and privilege so shamefully dropped by Downing Street. Scotland will take its place in a world of adult responsibility and care. Scotland welcomes refugees. And so do I.”

This film Hostile seeks to hear the voices of international students, members of the Windrush generation and highly-skilled migrants and inspire viewers to take action to create long-term change.

The time to act is now