World War 1 ended 102 years ago: we won the war but not the peace

The reality of the subsequent peace treaty turned out to be different. 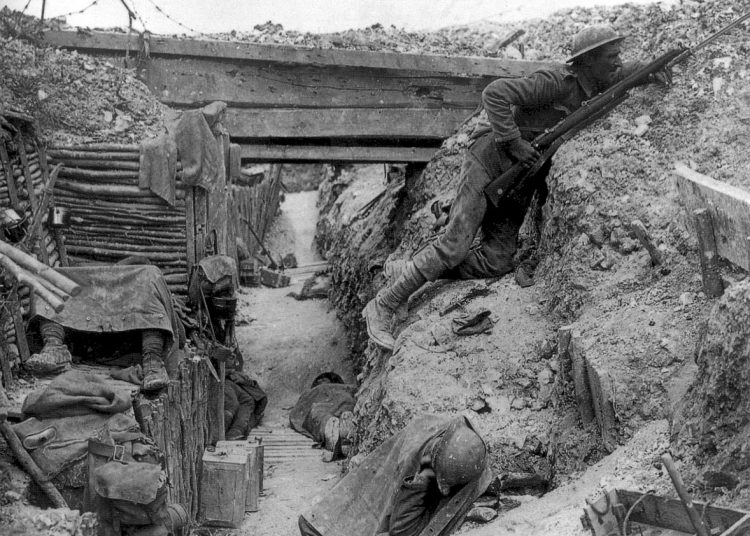 World War 1 resulted in 20 million deaths but failed to be ‘the war to end all wars’. The subsequent peace process generated political instabilities and animosities that led to WW2. However, two men stood out at the time for their foresight: Woodrow Wilson and John Maynard Keynes.

When WW1 broke out the US President Woodrow Wilson put himself at the centre of efforts to restore peace. In January 1917 Wilson made a plea that there should be a ‘peace without victory’. The efforts of Woodrow Wilson failed because both sides believed they could win and impose vindictive terms.

Even after the US entered the war, Wilson was still seeking non-punitive peace terms and, on 8th January 1918, he announced a set of 14 points that would lead to a fair sustainable peace and international collaboration. Wilson’s 14 points were used by the Allied powers to convince the Germans that they could get a just settlement. Woodrow Wilson was subsequently awarded the Nobel prize for peace in 1920.

The reality of the subsequent peace treaty turned out to be different and the German perception of betrayal contributed to the rise of Nazism in Germany and to WW2. What really destabilised the new democratic German Republic was the imposition of exorbitant war reparations onto a country with a devastated economy and a starving population.

The other man with foresight was John Maynard Keynes, a Cambridge academic who had entered the Treasury Department in 1914. Keynes perceived the war as absurd: there could not be any winners as all combatants would suffer hugely. Despite his disagreement with the war aims and strategy, Keynes did his patriotic duty and played an important role in advising the British Government on how to finance the war effort.

When the war ended Keynes was part of the British delegation at the Paris Peace Conference and strongly argued that the war reparation payments demanded from Germany were unrealistic. Part of the problem was the US expectation that the huge debt incurred by the UK, France and other allies had to be paid back. Demanding huge war reparations from Germany would help to pay back the debt with the US.

Keynes resigned from his British treasury position and published a book that rapidly became a bestseller: The Economic Consequences of Peace. Keynes argued that the peace treaty “includes no provisions for the economic rehabilitation of Europe — nothing to make the defeated central empires into good neighbours, nothing to stabilize the new states of Europe”.

Keynes predicted that peace on those terms would lead to another conflict: “If we aim deliberately at the impoverishment of Central Europe, vengeance, I dare predict, will not limp. Nothing can then delay for very long that final war between the forces of reaction and the despairing convulsions of revolution, before which the horrors of the late German war will fade into nothing.”

Keynes subsequently challenged the ideas of neoclassical economics during the Great Depression of the 1930s and became the founder of a new school of economic thought.

When WW2 ended, many felt that the response had to be different to the one at the end of WW1. The US in 1948 launched the Marshall Plan which provided economic help not just to former allies but also to former enemies. It was a catalyst for an inclusive military alliance (NATO) in 1949.

At the same time, a group of European politicians launched the European Coal and Steel Community in 1950: this was a project for peace and collaboration that subsequently evolved into what is now the European Union. The initial step was the Treaty of Paris (1951) in which the six founding nations agreed that “Considering that world peace may be safeguarded only by creative efforts equal to the dangers which menace it … resolved to substitute for historic rivalries … a broad and independent community among peoples long divided by bloody conflicts”.

Winston Churchill had been an important inspiration for the EU project with his speech in Zurich in 1946: “There is a remedy …  It is to re-create the European family, or as much of it as we can, and to provide it with a structure under which it can dwell in peace, in safety and in freedom. We must build a kind of United States of Europe.” The EU has played an important role in maintaining peace and expanding democracy in Europe.

From Peterloo to Tolpuddle

The divided states of America: reflections on the election

The divided states of America: reflections on the election