“Yes Minister” – and Covid transfers to the North East 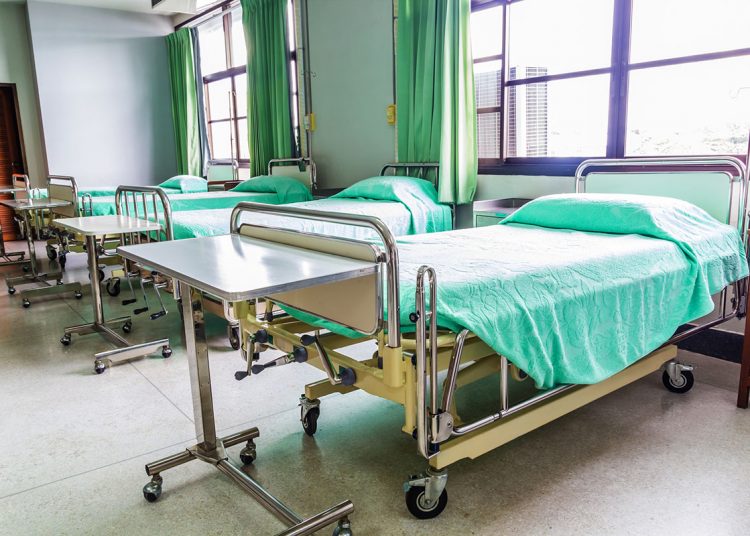 “But there are no patients?” said Hacker, the Minister. “It’s one of the best run hospitals in the county”, said the hospital Administrator. “It got the Florence Nightingale award.”

“It’s the award for the most hygienic hospital in the area.”

Yes, these were words from a BBC comedy.

We are in no comedy now. We are in the middle of a pandemic. Hospitals are full. The chief executive of the NHS Sir Simon Stevens said:

“Dealing with the deadly second wave of Covid-19 has left the NHS in the most precarious position in its 72-year history”.

“Since Christmas Day we’ve seen another 15,000 increase in the inpatients in hospitals across England. That’s the equivalent of filling 30 hospitals full of coronavirus patients and, staggeringly, every 30 seconds across England another patient is being admitted to hospital with coronavirus.”

Every NHS region in England treated more patients in the week up to 14 January than in their first-wave peak. “While the NHS usually has increased demand at Christmas, the scale of demand this year is unprecedented. There are 4,529 adult critical care beds occupied in England – more than 1,000 more than at any point in the past five winters.” The Observer, 17 January

Anna Girolami, in December’s East Midlands Bylines explains some of the reasons why the Nightingale hospitals are empty, including the lack of staff to operate the ventilator:

“Getting staff for the Nightingales has proved extremely difficult. The government does not have a secret stash of pop-up emergency medical holograms to be deployed at the touch of a button. The Nightingales have to fish in the same pool of staff as everyone else and, before Covid-19 struck, one in twelve posts across the NHS was already vacant.”

He said: “…it’s no good having a bed and ventilator if you don’t have staff to operate the ventilator and care for the patient.”

Mary Foy MP, who represents Durham City, said: “With some hospitals at breaking point, it seems the Nightingales remain unused.”

Recently London and Surrey began transferring patients to hospitals many miles from London. On January 14 the Guardian reported that seriously ill Covid-19 patients are being transferred from overstretched London hospitals to intensive care units almost 300 miles away in Newcastle. The crisis engulfing the capital’s hospitals is so severe that in recent days patients have also been moved 67 miles to Northampton, 125 miles to Birmingham and 167 miles to Sheffield.

NHS England has told hospitals in the north of England, the Midlands and other areas to open up hundreds of extra ICU beds to take patients from London, the south-east and east, where the new variant has pushed Covid-19 hospital admissions to new levels.

On 16 January The Newcastle upon Tyne Hospitals NHS Foundation Trust told ITV news:  “The NHS has tried and tested plans in place to manage significant pressure either from high COVID-19 infection rates … has always included mutual aid practices whereby hospitals work together to manage admissions across the region or further afield if required.”

Responding to the Guardian’s reports of long-distance transfers, Dr Claudia Paoloni, president of the Hospital Consultants and Specialists Association, said this showed that the NHS was “on the ropes” after years of underfunding.

“Hospitals have already spread intensive care teams more thinly, with nurses juggling three or four seriously ill patients at a time instead of the usual one.

“They have expanded intensive care departments into every available space and redeployed specialist staff to cope.

“The fact that all this is not enough and they are still having to take the extraordinary step of transferring critically ill patients hundreds of miles reflects the unprecedented gravity of the situation facing our NHS.

“No one would consider doing this unless the situation was exceptionally bad, usually because specialist treatment is unavailable or staffed critical care beds had run out.”

Serving the North East, a temporary Nightingale hospital, based in Washington will be able to provide up to 460 ventilated beds for patients with coronavirus, should local services require them.

The Nightingale North East Hospital opened in May 2020. A spokeswoman for the Newcastle upon Tyne Hospitals NHS Foundation Trust said: “We have no plans at the present time to be admitting patients to the Nightingale.”

Mary Foy Durham MP said about the Nightingales remaining unused: “…pitched as a safety net against Covid-19, instead they are an expensive Government PR stunt without the workers to staff them. Yet more proof that the NHS is nothing without its staff.”

On Monday, NHS England figures revealed there were 20,426 patients being treated for coronavirus compared to 18,974 patients recorded on April 12.

Although the speed of building the hospitals was truly impressive, the contracts for building them are shrouded in Government secrecy. The government has not revealed the multi-million-pound price tags for the Nightingales.

David Wrigley of the British Medical Association (BMA) said “it is still unclear how the sites were procured. The hospitals have cost up to £350m for three months but treated fewer than 100 patients.”

Earlier in the pandemic David Wrigley wrote “The Government’s Covid-19 response has accelerated private outsourcing – and the race toward a disastrously fragmented health system”.  “And rather than finding a moment of clarity in this crisis to reinvest in a publicly provided health service and build for a better future, the Government has doubled down on its failures, choosing to throw huge amounts of money at scores of private firms – money lost to public services and frittered away forever – rather than rebuilding the health and care system and empowering those with the greatest expertise.”

The biggest issue is lack of qualified staff, not beds and ventilators. Would it have been more prudent to spend funds on improvement to the NHS, on training and giving a much needed salary increase to NHS staff.

Homemade vegetarian lasagne recipe – a good one for fussy eaters!

"Democracy is precious, democracy is fragile": the inauguration of the 46th President