Keir Starmer's lack of support for the unions is divisive and despicable. This amongst other actions shows Tory attributes.

Why have I come to this conclusion?

Your sacking of Sam Tarry as shadow transport minister is just so naïve and divisive. Tarry’s sin was apparently, to do unauthorised media interviews: an interview with Sky News where he highlighted that below inflation pay increases are actual pay cuts, and that millions in profit have been returned to shareholders at the expense of both service, and staff pay and conditions.  These are things you should be pointing out. That you are not, is sadly a Tory attribute.

No attack on Tory actions in rail dispute

Yes, I listen to the arguments about collective cabinet responsibility and preparation for government. But Labour is not in government. You say negotiation rather than strike support is the way forward. I agree, but where is your attack on Grant Shapps, the Tory transport minister? He refuses to get involved, preferring to go on national TV and say that the strikes are all caused by “extreme left wing Union leaders” and that more Thatcherite Union bashing legislation is needed.

You have bought the Tory story on inflation

Where are you on speaking out on the climate crisis?

The single most pressing and urgent need for the country and the world is to reduce the causes of anthropological climate change, and to prepare and mitigate for its consequences. I consider myself to be very politically aware, but I have not heard or seen you utter one word about the catastrophe we are facing. This is yet another Tory attribute.

You are now a Brexiter

I was absolutely shocked and astounded when you stated there was no case for the UK to re-join the EU Single Market (SM) or Customs Union (CU). Of course, certain sections of the population previously indoctrinated by right-wing press and politicians will be reluctant to accept that freedom of movement is beneficial and indeed necessary for an ageing island population. But you have gifted the Tories your support and neutered yourself in speaking out on the clear economic and social damage that Brexit is causing. How are YOU going to solve the problem of a border within the island of Ireland without some kind of conformity to the CU and SM. Your 5-stage plan to “make Brexit work” is just management-speak drivel.

Where are you on speaking out about the queues at the channel ports? Nowhere; because you now cannot talk about the causes of the delays because you support Brexit.

What do I want you to be doing

Ok, so I have mentioned the things I believe you are doing wrong. What would I do if I were you, or what would I like you to do?

We need to make rail travel the transport of preference to cut the UK’s greenhouse gas emissions and pollution. We need to pay the staff working a decent wage and drastically reduce the costs of travel. My own view is that all rail travel should be free (but bookable). For examp,le Germany has reduced all fares on its railway network to just 9 Euros.

Renationalise the power industry. Domestic energy prices have risen in the UK by 54% and are highly likely to rise again by a similar percentage. The French government under Emmanuel Macron has capped price increases for domestic energy at 4%. It can do this because it owns EDF. Up until last month it owned 85% of EDF. It has now been fully renationalised with a 9 billion Euro purchase. Some figures… In 2020 EDF made a profit of £106 million from its UK operation. Money returned to the French government from UK citizens. Centrica (the owners of British Gas) have just posted operating profits of £1.34 billion for the 6-months ending June 2022 – a five-fold increase of the profit posts over the same period in 2021.

If you do not understand the climate crisis, as I can only conclude due to your silence on this matter, then talk to Caroline Lucas or Natalie Bennett, or any scientist working in the area. They will tell you that unless we make substantial changes then our world and our way of living, will cease to exist. It is already too late to avert a disaster for humankind. Let us not allow it to be a world-wide catastrophe.

You should be out there selling popcorn as the in-fighting of the Tory party shows how out of touch, divisive, and unpleasant they are. The ‘candidates’ are looking to be who can be the most-right wing in their policies. They are doing this because their electorate are predominately right wing, exceptionalist and racist in nature. You need to be highlighting how right-wing the Tory party has become.

So has Labour lost my support?

No, my local parliamentary candidate is Brian McDaid. He has posted on social media that he believes you are wrong in not showing solidarity with the people who are asking for a pay rise to at least help with the cost-of-living crisis. He is clearly a Labour person. Sadly, I must conclude that unless you radically change (which I do not expect), you are not. 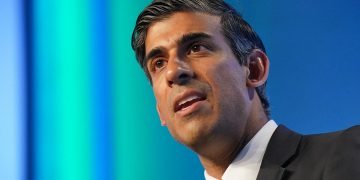